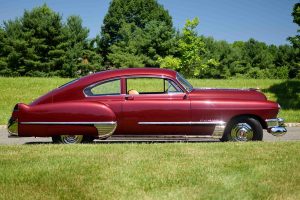 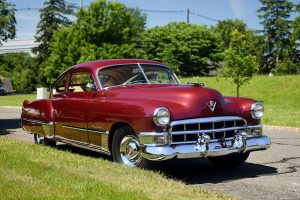 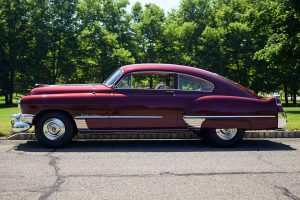 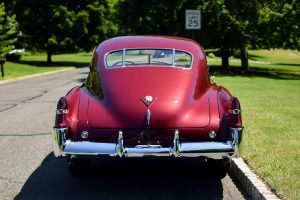 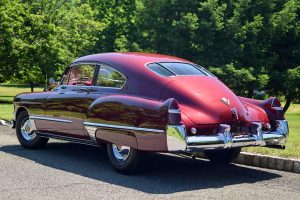 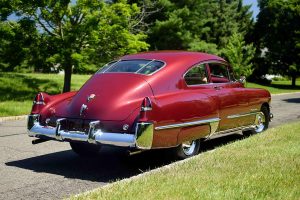 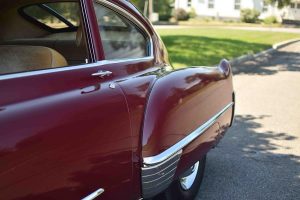 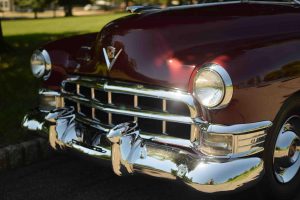 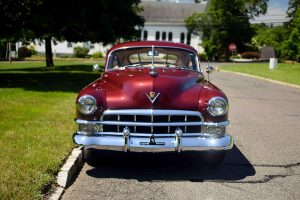 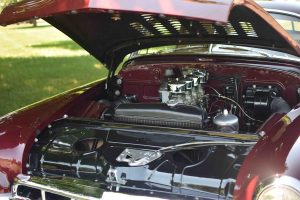 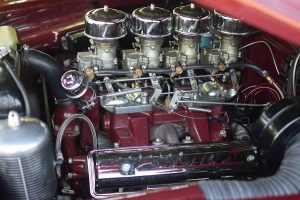 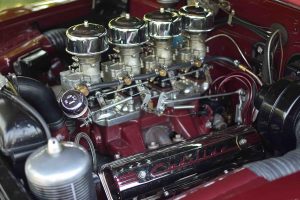 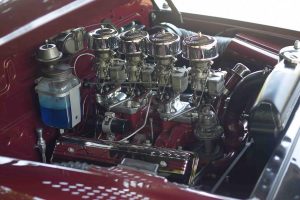 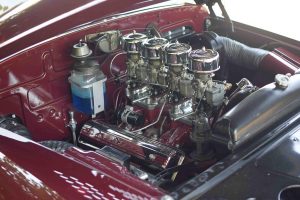 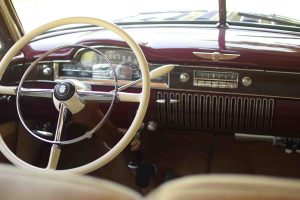 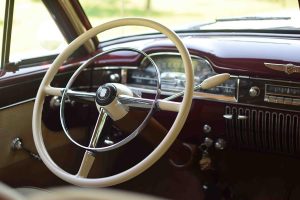 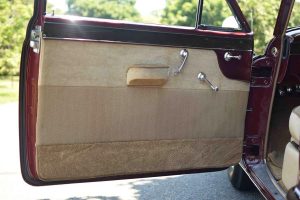 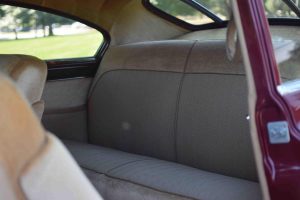 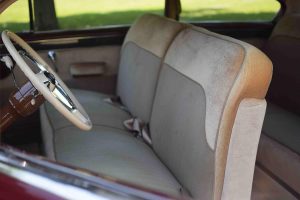 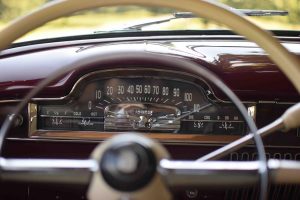 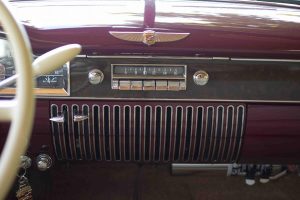 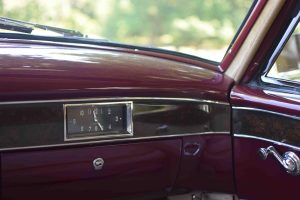 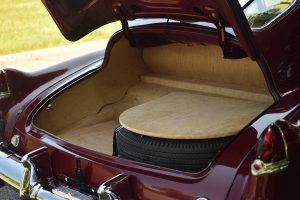 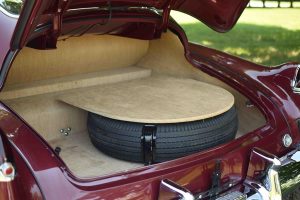 1949 CADILLAC SEDANET
# 496124092. (Stock #3955.) Following World War II, American
car companies emerged with great ideas for mechanical and styling changes. With
Cadillac, the early post-war years saw facelifts on pre-war cars and some mechanical
advancement. But, in 1948, an entirely new Cadillac was born. With a sleek body
featuring modified pontoon rear quarters, fender skirts and the upswept taillight design
inspired by the Lockheed P-38 Lightning. In 1949, the entirely new and fabulous overhead
valve, 331 cubic inch , V-8 engine was presented in the new body introduced the prior
year. The power potential of this engine made it a desired choice for hot-rodders to modify
and install in a variety of cars. Motor Trend Magazine initiated an entirely new tradition
with this car, giving it “The Car Of The Year Award in 1949.” Appreciation of the design
has lasted through the years, as evidenced by the “Most Elegant Cadillac” award at the
2019 Amelia Island Concour d’Elegance. The “sedanet” body style featured a fabulous
fastback design similar to that Bentley used used on their very exclusive “Continentals” for
years to come. Following an extensive search by one of our customers, a very
knowledgeable collector, our car was found in very good, rust-free condition in Texas @10
years ago and then sent to a top-tier restoration shop, Automotive Restorations in
Stratford, Connecticut, where @$200,000 worth of restoration work and period
competition modifications were performed to the owner’s exacting specifications. At first
glance, the beautifully executed 6 rows of hood louvers and the dual exhaust tell you that
something is going on with the performance of the car. Upon opening the hood, the
original engine is topped by 4 gleaming chrome-covered 2-barrel Stromberg carburetors
which set-off the magnificently detailed engine bay. The bodywork and paintwork on the
car are flawless as is the copious amount of original chrome inside and out. Every piece of
chrome, no matter how small, is magnificent. The interior is fabulously done-- the seats and
door panels in beautiful herringbone cloth, and the dashboard and door trim in amazing
polished dark wood complementing the body-matching facia and the impeccably restored
chrome. The original radio has had its innards replaced so that AM and FM may be
controlled by simply pressing the volume button and it has great sound quality. There
were 6,409 sedanets built in 1949 but it may safely be assumed that there is only one which
looks, drives and has had the time and expense spent upon it as has this one. It would
receive enthusiastic appreciation at any rally, show or tour. What a fabulous car to drive
on any of the tours or 1000 mile runs which are frequently happening around the world!
55,670 miles. SOLD!