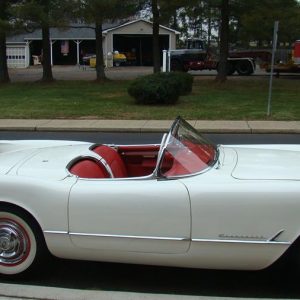 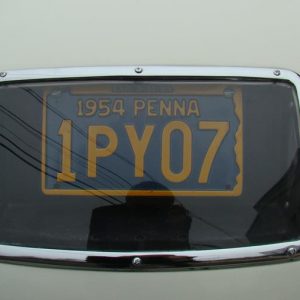 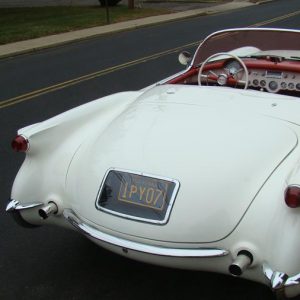 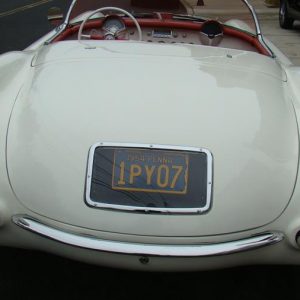 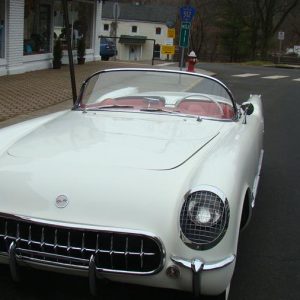 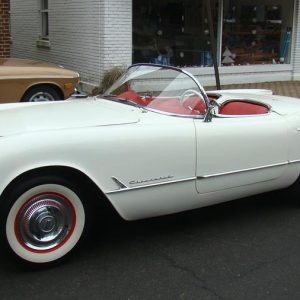 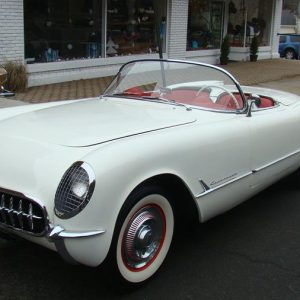 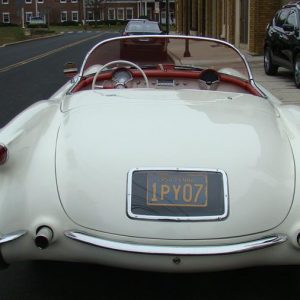 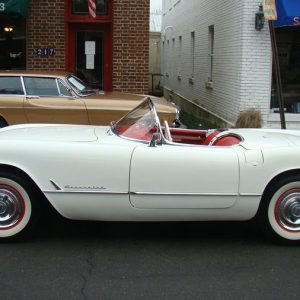 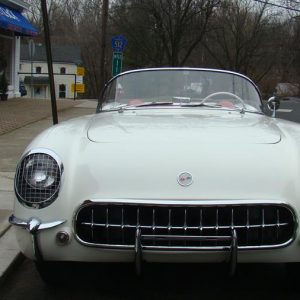 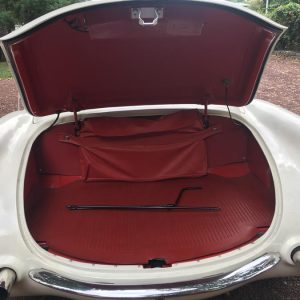 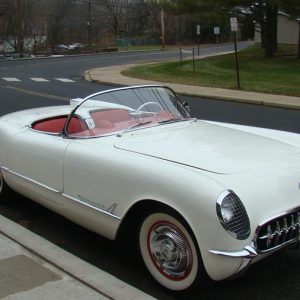 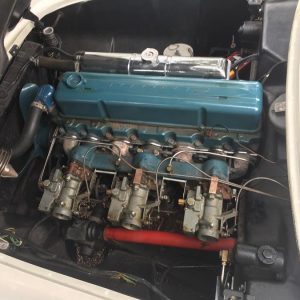 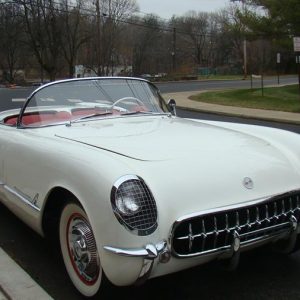 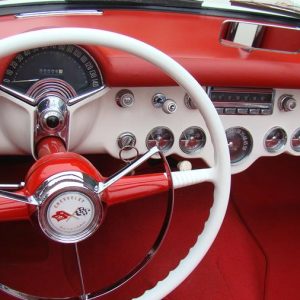 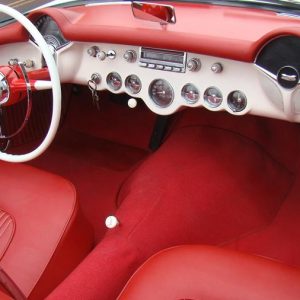 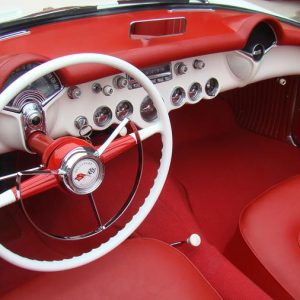 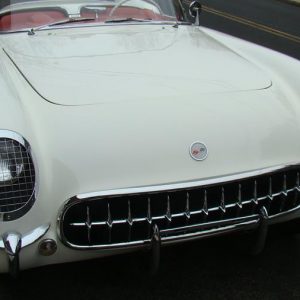 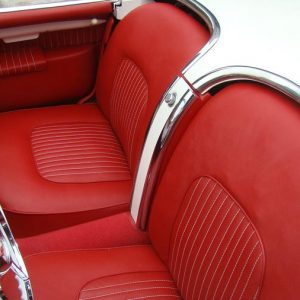 1954 CHEVROLET CORVETTE #E545001847. (Stock #4074.) The 1953 General Motors “Autorama,” at New York's Waldorf-Astoria Hotel, heralded the introduction of an entirely new vehicle, the Chevrolet "EX-122" prototype which was to become the Corvette. 300 virtually hand-assembled Corvettes were built that year -all in Polo White with red interiors and tan convertible top and side curtains. As people got to know “America's Sports Car” orders increased and 3,640 were built for 1954. The 1954 version was virtually identical to the 1953. Both cars were powered by Chevrolet's “Blue Flame Six” which had triple side-draft carburetors added. A high-lift cam and higher compression completed the Corvette engine package and a Powerglide transmission was fitted. The body was a most sporty 2-seater design with rocket-type touches added to the rear and a 55 degree raked windshield. A signal-seeking “Wonderbar” radio was available but other options were very limited. Our car, the 847h 1954 built, is an all-numbers-matching example maintaining its original and desirable “Wonderbar” radio. It was delivered new to Provo, Utah, where a Pennsylvania enthusiast found and purchased it from its CIA agent/owner in the late 1970's. In 1982, the new owner decided to bring the car to as close to new condition as possible and commissioned a body-off-chassis restoration. He documented and photographed the original
chassis stamping, had the chassis sand-blasted and painted, the engine and transmission fully rebuilt, and all cosmetics completed as original. The car has been driven fewer than 1,000 miles since its complete restoration and is ready to drive or show. SOLD!