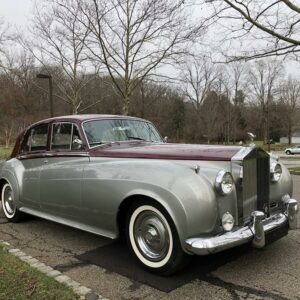 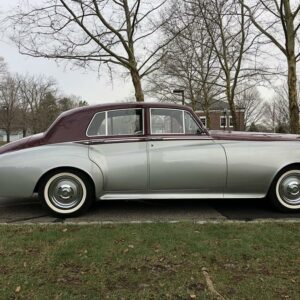 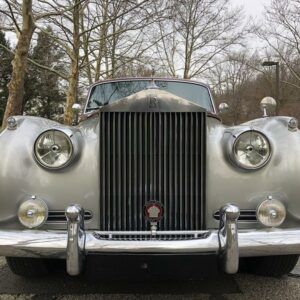 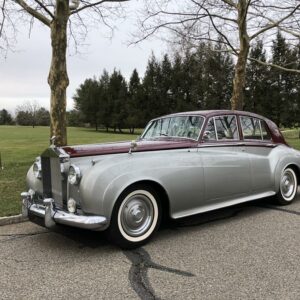 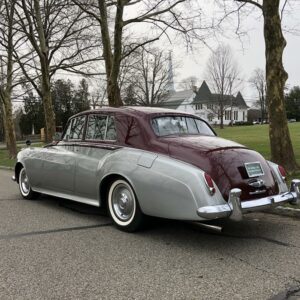 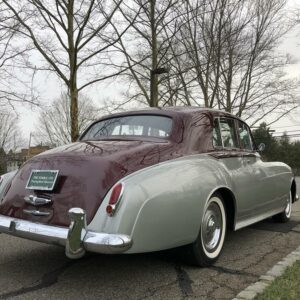 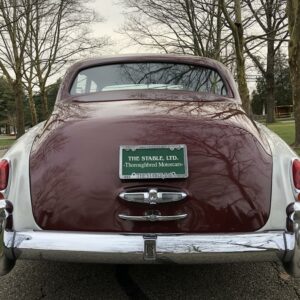 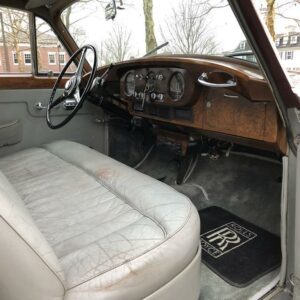 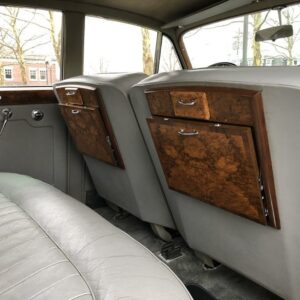 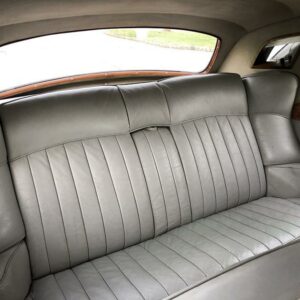 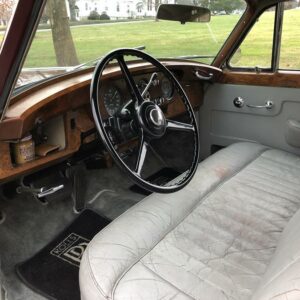 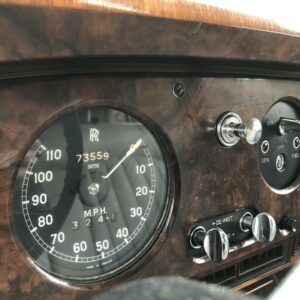 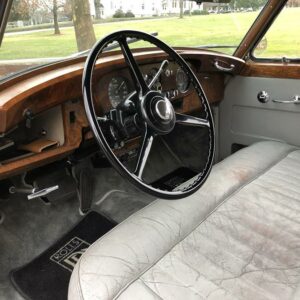 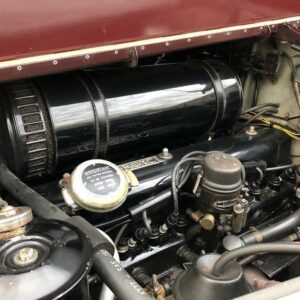 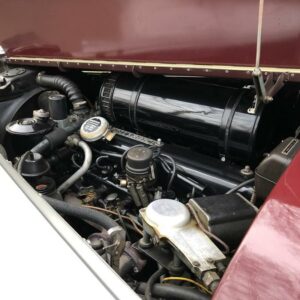 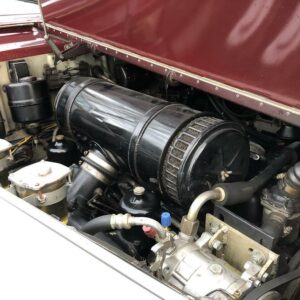 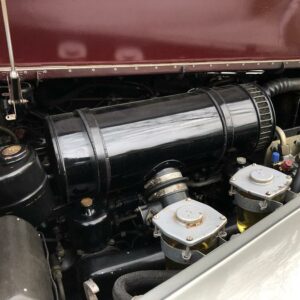 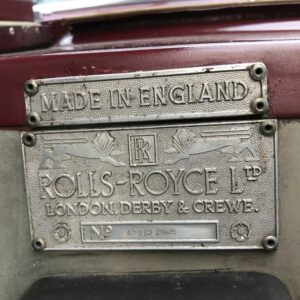 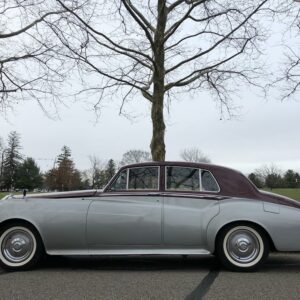 1959 ROLLS-ROYCE SILVER CLOUD SALOON #LSBN208. (Stock #3989.) Following World War II, Rolls-Royce introduced the lovely Silver Dawn saloon, meant to be owner-driven rather than requiring a chauffer. In 1955, an entirely new Rolls-Royce was introduced, also meant to be owner driven in the standard form. Called the Silver Cloud, the car is what many consider to be the quintessential Rolls Royce design. The beautiful new design of the Silver Cloud met with international acclaim and the car was an enormous success. The series continued, with some mechanical improvements, until 1959. Our car is one of the last 25 Silver Clouds built prior to the Silver Cloud II being introduced. As such, the car was fitted with a center roof radio antenna, power steering, power windows and air conditioning. Finished in beautiful Regal Red over Silver Grey with very nice and completely original grey leather and magnificent original polished walnut facia, cabin trim, rear seat folding picnic trays and lighted vanity mirrors and front sliding beverage tray. The original owner's manual and tools are present. The car came to us following its purchase by a local (Far Hills) collector, who has owned some fabulous Rolls-Royce automobiles over decades. 34 years ago. The car has been recently serviced and drives beautifully. 73,560 miles. $62,500