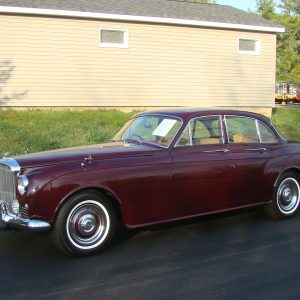 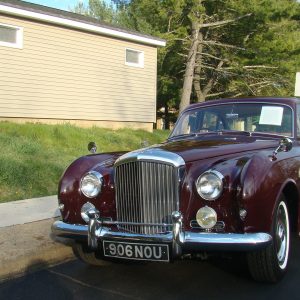 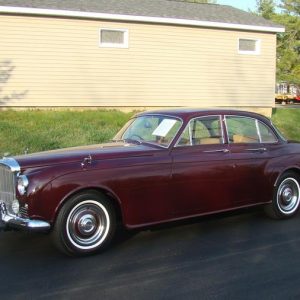 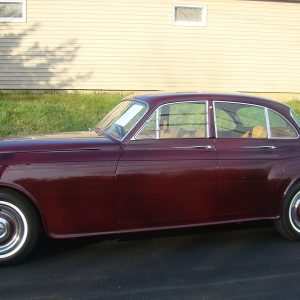 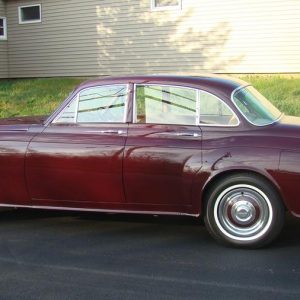 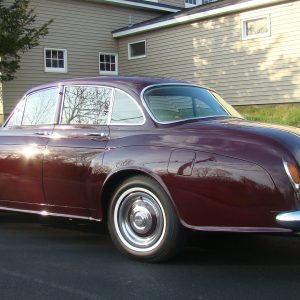 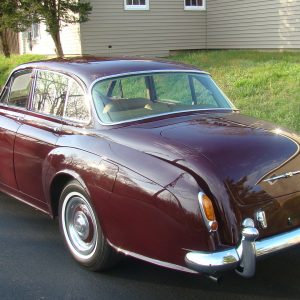 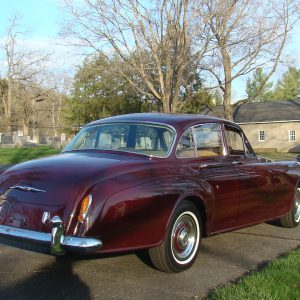 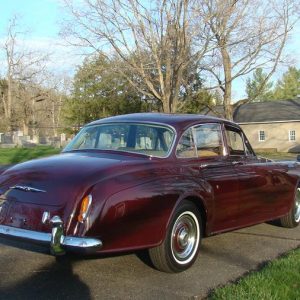 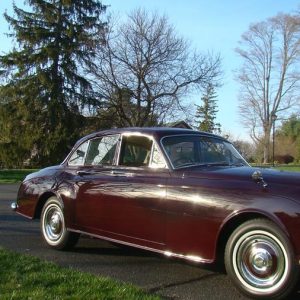 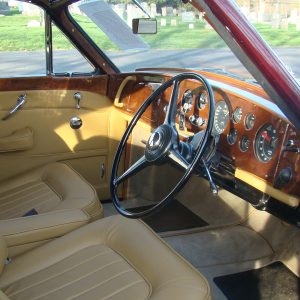 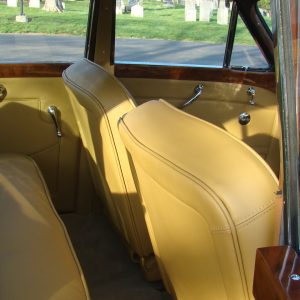 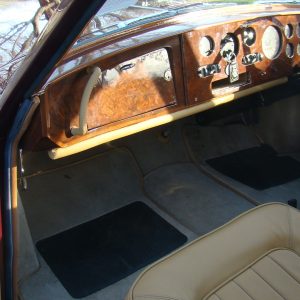 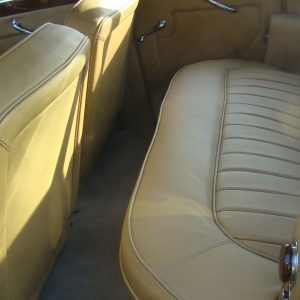 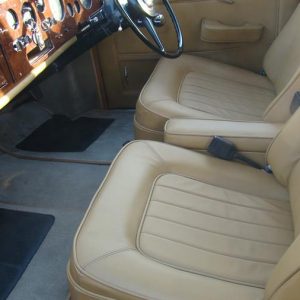 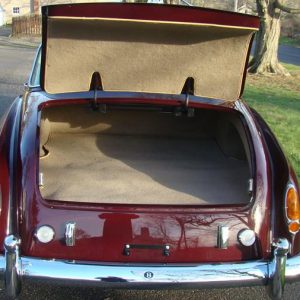 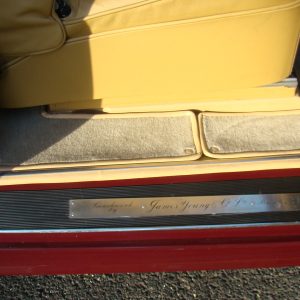 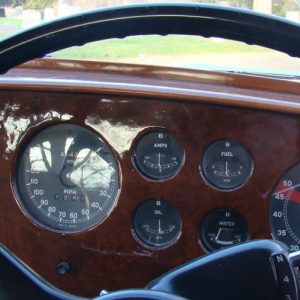 1960 BENTLEY CONTINENTAL JAMES
YOUNG CONTINENTAL SALOON #BC35AR.
(Stock #3780.) The Continental was introduced in by Bentley as a
high-speed touring car in 1952. With coach-built, all aluminum
bodies and a lower center of gravity, the Continental was, even by
Bentley standards, a very limited edition and quite expensive car.
These first series Continentals were built with a 6-cylinder engine
until 1959 when the exiting new 6.2 litre V-8 engine was introduced
for the entire Rolls-Royce/Bentley line. James Young, recognized as
a premier coachbuilder for Rolls-Royce and Bentley, designed a
fabulous body in either 2-door or 4-door, all-aluminum coachwork
for the new S-2 Continental. Our car is one of 36 of the 4-door
saloons built and features a 6-light body with thin rear pillars for a
very light look to match is lightweight status. It was specially
ordered, built and delivered to British Air Commander Sir Egbert
Cadbury who had distinguished himself in World War I by shooting
down two German dirigibles over the North Sea in 1916 and an L-70
while piloting a de Havilland DH.4. Following the war, Sir Egbert
went on to become managing director or his family’s
business—Cadbury Chocolates—apppointed by Queen Victoria as
the officially Royal Warranted Chocolatiers. Upon receiving his
new James Young Continental, Sir Egbert wrote a letter to Jack
Barclay Bentley London saying “I am more than delighted with my
car which is the finest vehicle I’ve ever driven.” Our car remained
in England until being purchased by an American in 2008 and
brought to the U.S. who commissioned a repainting of the car along
with extensive mechanical work and an entirely redone interior in
correct Connolly hides and Wilton carpets. Now, with just 41,437
miles, this Continental is ready for touring or showing in its
beautiful Garnet livery with sumptuous tan leather. video link $185000