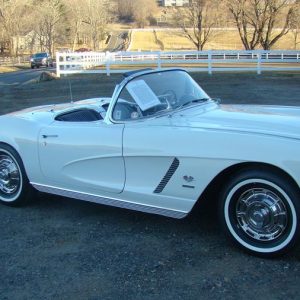 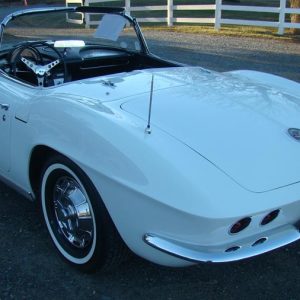 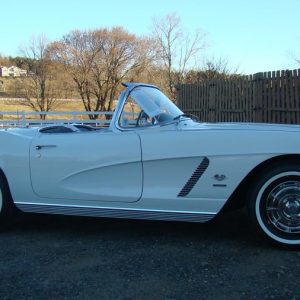 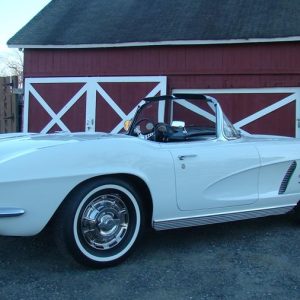 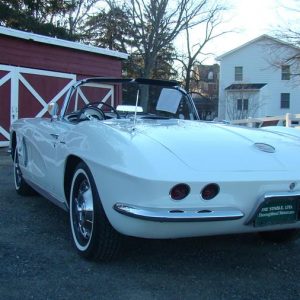 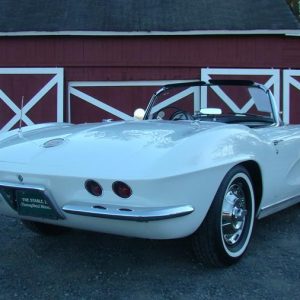 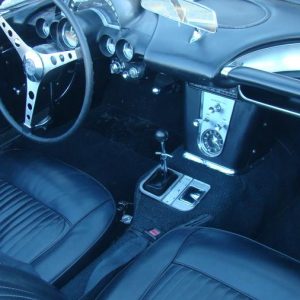 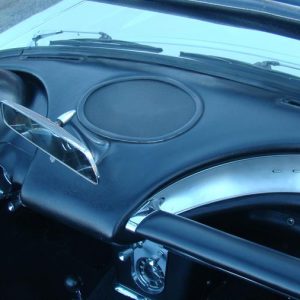 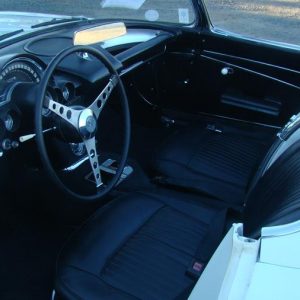 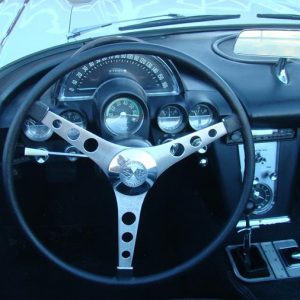 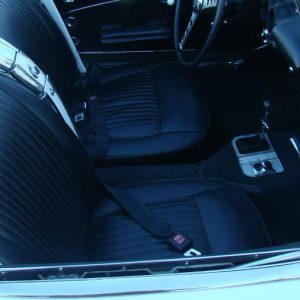 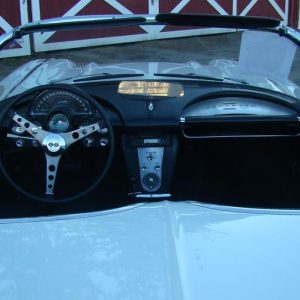 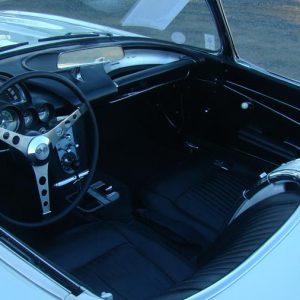 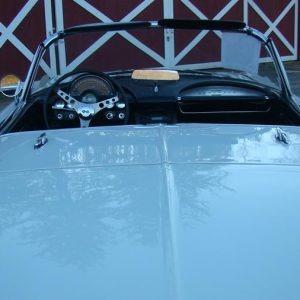 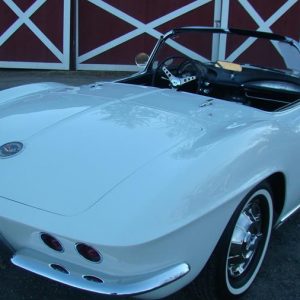 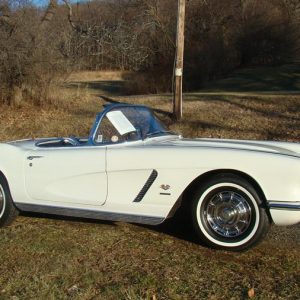 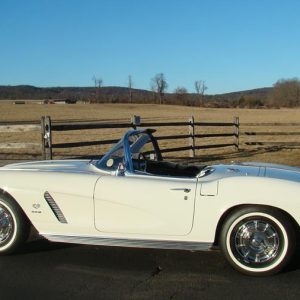 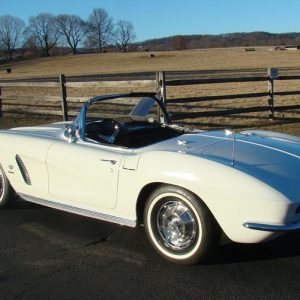 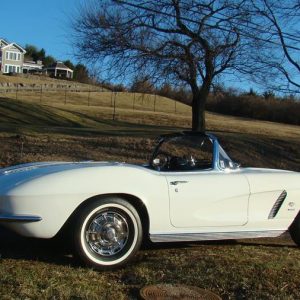 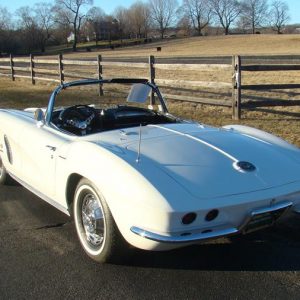 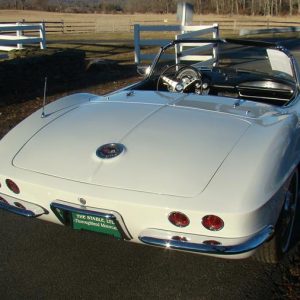 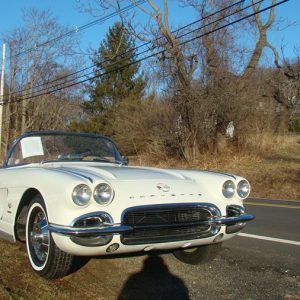 1962 CORVETTE FUEL-INJECTED,
2-TOP ROADSTER #20867S109076.
(Stock #3462). 1962 was a special year for Corvettes—the last year
of production for the fabulous “C-1” Corvette and the first year of
the more powerful 327 cubic inch “V-8” engine which replaced the
former 283 cubic inch unit and would then power the following
Sting Rays. There were four engine options available in 1962—the
250 hp base engine, the 300 hp up-graded engine, the high
performance 340 hp “solid lifter” engine and the rare 360 hp fuel
injected engine. Just 1,918 of the highly desirable fuel injected cars
were built from a total run of 14,351 1962 Corvettes. Ours is one of
those rare original fuel injected cars and was also equipped with the
optional and great-looking factory removable hard top as well s its
stow-away convertible top. Finished in Ermine White (body and
hard top) with an excellent original black interior and matching
convertible top, this car is a beautiful “survivor” quality car with its
correct date-coded engine, original transmission rebuilt in
California at 47,318 miles and a just rebuilt fuel-injection unit. The
car spent its first 44 years in California, moving from San Francisco
to Bell Canyon, a small community in the Simi Hills just outside of
Los Angeles. The car was then sold, in March, 2006, to a collector in
Vero Beach, Florida where it has resided in an enthusiast’s
collection (which has included another fuel-injected Corvette--a
1957, a Ferrari 330 GTS, a Ferrari 550 Maranello, etc.) We have
been fortunate enough to have purchased all of those cars, the ’62
fuelie being the last one. 60,894 miles. SOLD!