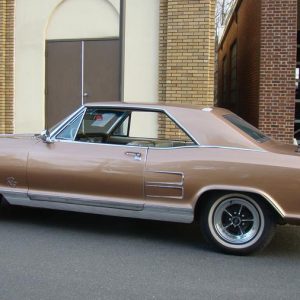 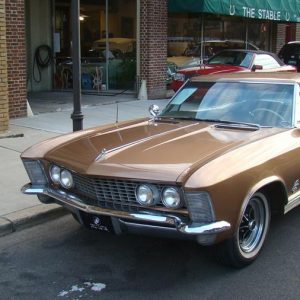 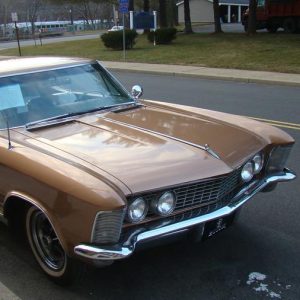 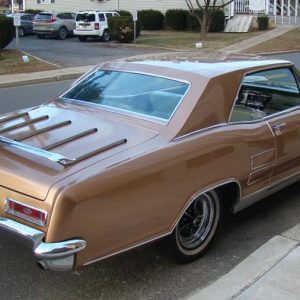 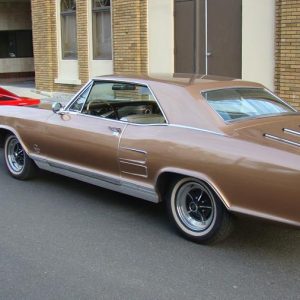 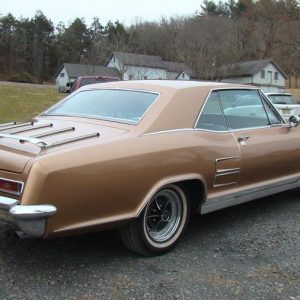 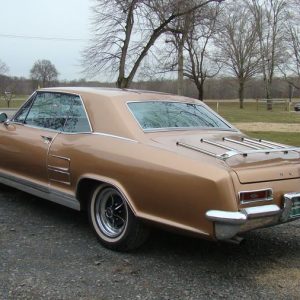 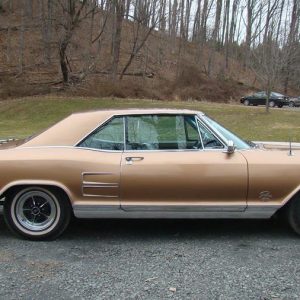 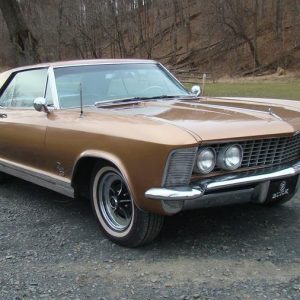 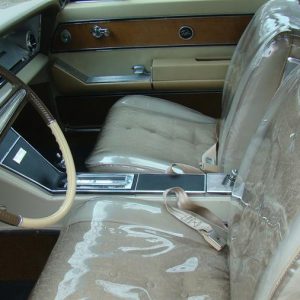 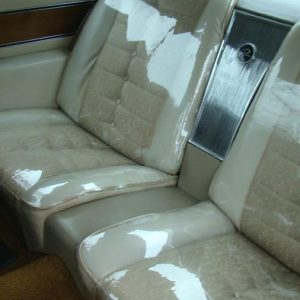 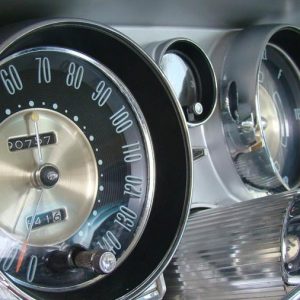 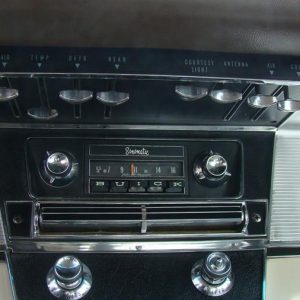 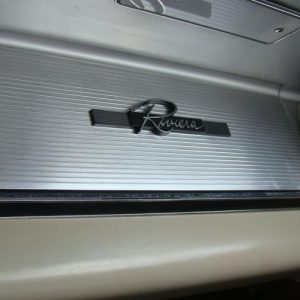 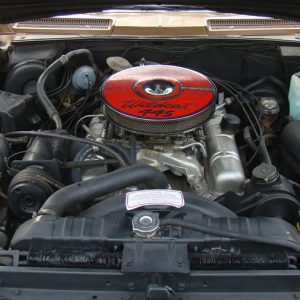 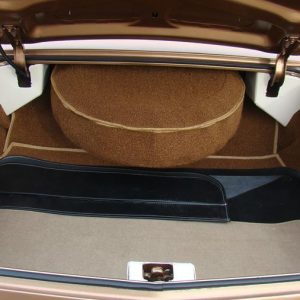 1963 BUICK RIVIERA COUPE #7J1101013. (Stock #3994.)
The 1960’s saw the introduction of a new style of American car—the personal luxury car. In 1963, General Motors entered into this category with an entirely new “E” platform developed by Buick, the beautiful Riviera. Designed by Bill Mitchell, the Riviera was described by Tom McCahill as “looking as if it had been designed by one of Italy’s best styling houses.” Sergio Pininfarina called it “one of the most beautiful American cars ever built.” The car does indeed have a fabulous look to it with razor-edge lines and continental styling touches. Power was supplied by Buicks venerable 401 cubic inch “Nailhead” V-8 offering 325 horsepower while an optional high performance 425 cubic inch engine was available with 340 horsepower. The transmission was a 3-speed automatic with a console shift between the luxurious front bucket seats. Air conditioning and power windows were available, both of which our car is equipped. Finished in correct original “Bronze Mist,” our car was purchased in Florida in 2003 and moved to Pennsylvania where the decision was made to keep the clear plastic seat covers which protected the original upholstery—something often done on car interiors and living room furniture by conservative depression-era folks in the 1950’s and ‘60’s. The car has just been driven here from Pennsylvania, displaying excellent road manners and performance on the trip! 90,766 miles. SOLD.