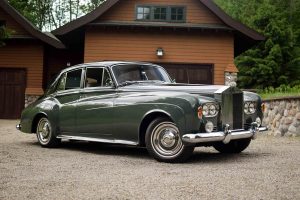 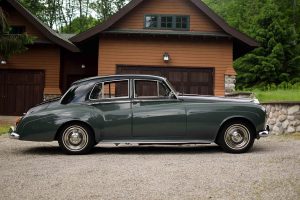 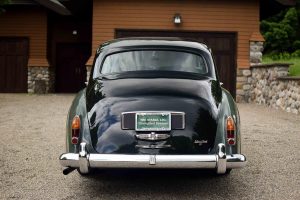 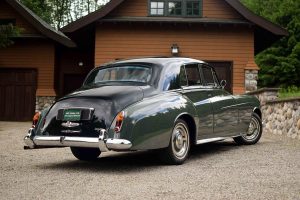 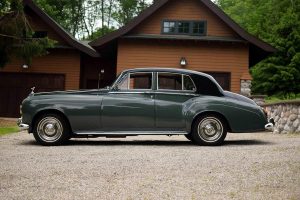 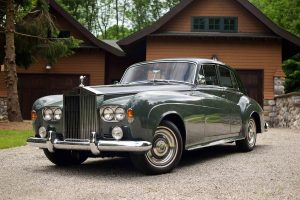 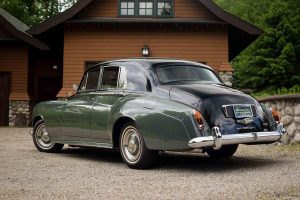 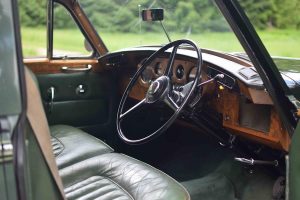 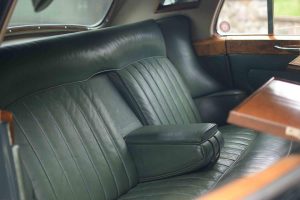 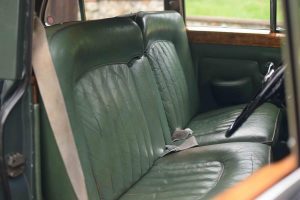 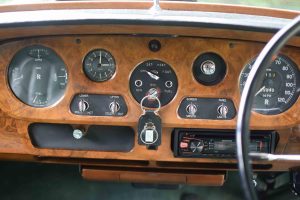 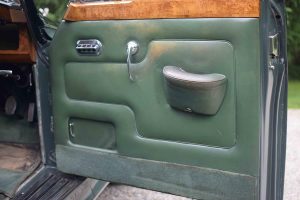 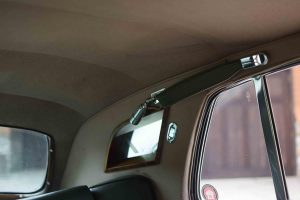 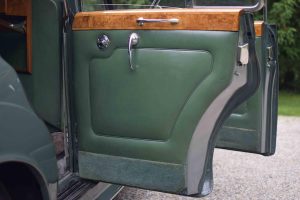 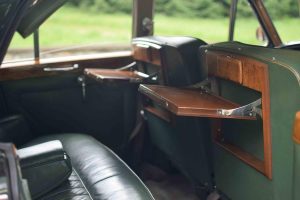 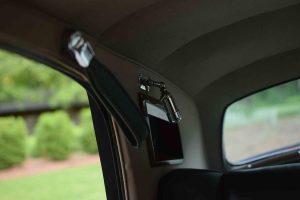 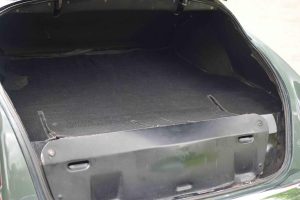 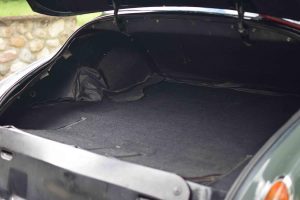 1964 ROLLS-ROYCE SILVER CLOUD
III SALOON #SJR-293. (Stock #4033.)
The Rolls-Royce Silver Cloud was built from 1955 until 1959 as a 6-cylinder
absolute luxury saloon. In 1959, power was improved in the Silver Cloud II
when a 6.2 litre V-8 replaced the original engine. The 1963 Silver Cloud III
was introduced at the Paris Auto Salon in October, 1952. It featured an even
more powerful V-8 engine and a 4-headlight front end design along with light
body and interior modifications and some technical improvements. The Silver
Cloud III continued production through 1965 with a total of 2,044 being
assembled. Our car is a very handsome version, delivered new in England but
featuring the French side lights. Interior appointments included its original
Connolly hide interior with polished walnut facia and interior trim. Folding
picnic tables and lighted vanity mirrors to the rear compartment are of
matching walnut as is the sliding beverage tray. Power windows and an
electric rear window defogger became standard on the SC III, as did power
steering and brakes and a 4-speed automatic transmission.. It is complete with
both large and small tools as well as the factory trouble light, usually missing
from these cars. It drives splendidly well and is a delight to behold. A modern
Kenwood AM/FM/CD player is installed in place of the original radio. The
car was delivered by the Jack Barclay showroom in London to Gilbert H.
Edgar of Henley On Thames, England in 1984. In July, 1984, the car was sold
to a life-time member of the Rolls-Royce Owner’s Club in Arlington, Virginia,
then with 82,354 miles. He had the car restored in 1990. The car had
originally been entirely Smoke Green, but now was repainted in deep Velvet
Green over Smoke Green. The original green leather was preserved.
Restoration records accompany the car. In 2010, that owner donated the car
to The Rolls-Royce Foundation where it was won in a raffle by another RROC
member from whom we have purchased it from. We then resold it to a customer who was specifically looking for a particular Bentley but fell in love with this car. When that Bentley arrived at The Stable, we repurchased the Rolls-Royce on trade on the Bentley, and now proudly offer the car again for sale. 98,548 miles. $47,000.