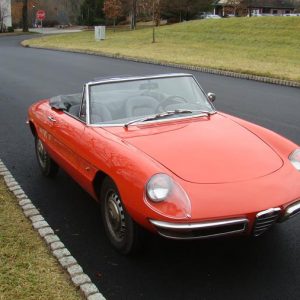 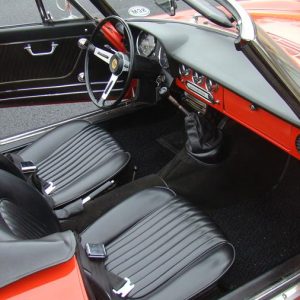 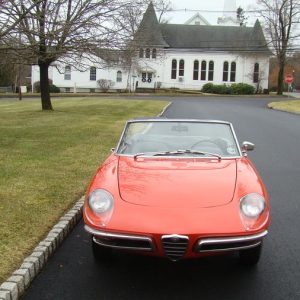 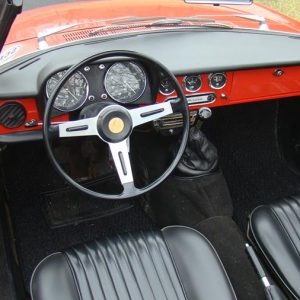 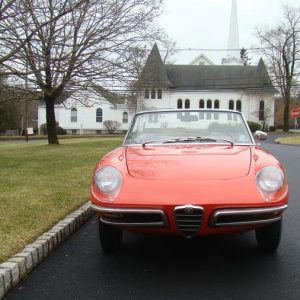 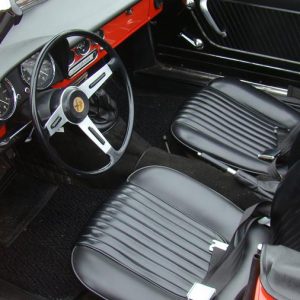 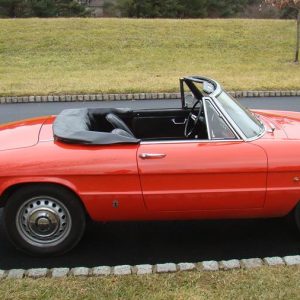 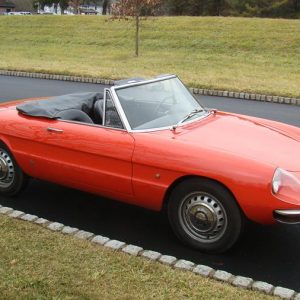 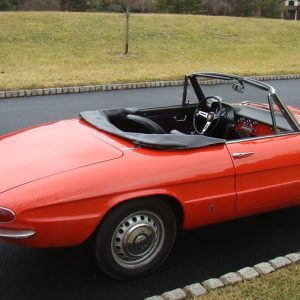 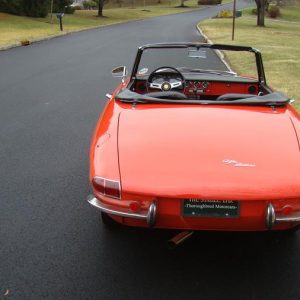 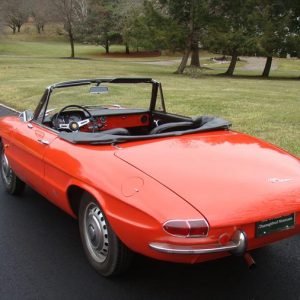 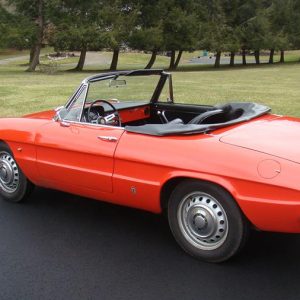 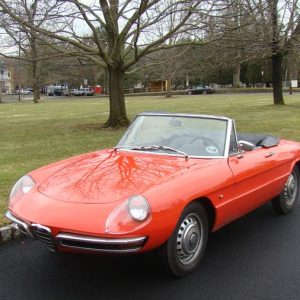 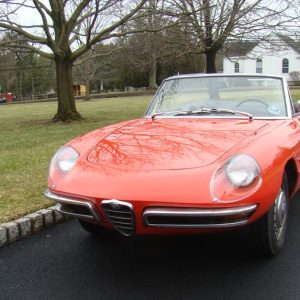 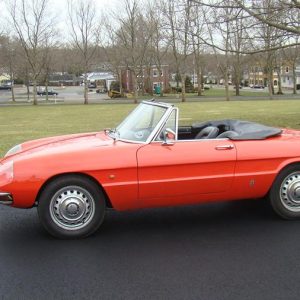 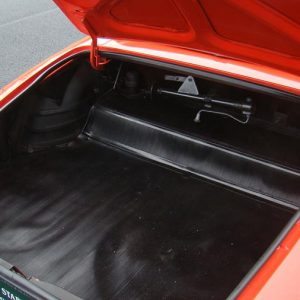 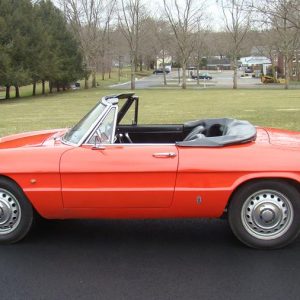 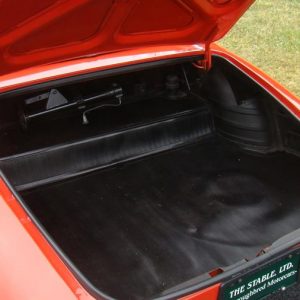 1967 ALFA ROMEO DUETTO SPIDER
#AR661276. (Stock #3936.)
The Duetto was introduced at the 1966 Geneva
Auto Show to great acclaim, but was made
famous with Dustin Hoffman behind the wheel in
“The Graduate” which was released in 1967. It
is, however, a great car on its own without any
celebrity association. With its twin cam, twin
Weber carburetor, 1600cc engine, 5-speed
manual transmission, 4-wheel disc brakes and
independent front suspension, the car is great fun
to drive and, with its PininFarina-designed,
“dove-tail” body, it is extremely pretty. When
introduced, it was slightly less expensive than the
Jaguar XKE and, like the XKE, altered its pure
form a bit in 1968. Ours came to us from a very
eclectic Pennsylvania collection and is finished in
a Rosso Dino shade of red with black interior,
top and convertible top boot. It is just having a
complete mechanical service performed in our
shop along with a new clutch and associated parts
and a complete new exhaust system. 39,362 miles.