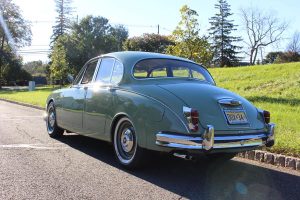 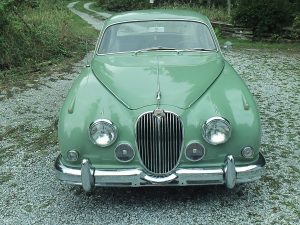 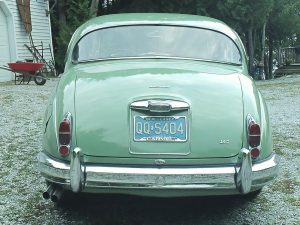 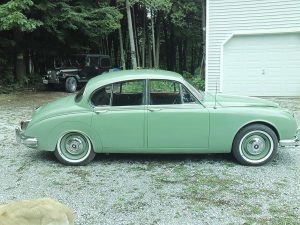 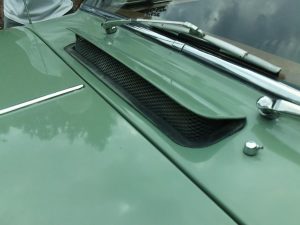 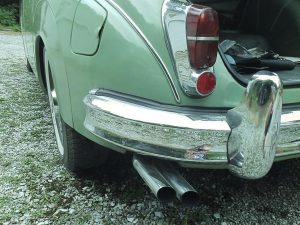 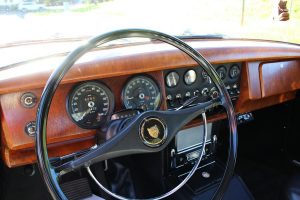 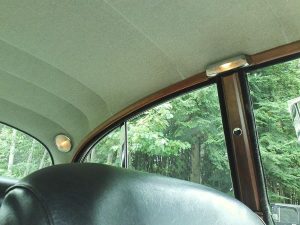 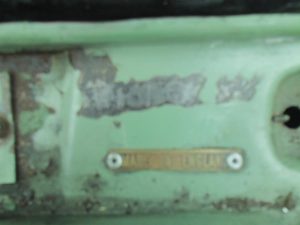 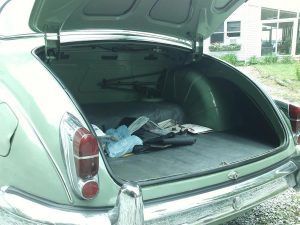 1967 JAGUAR 340
J67P181337BW
During the final run of its famed Mark II, Jaguar created its final version, the 340. Many of the 2788 produced, landed on the West Coast, as did our car. The 340 was powered by the venerable straight six producing 210 bhp. Disc brakes, power steering and an auto shifting transmission with electronic overdrive, make this 340 suitable for today’s traffic conditions. It is finished in its original livery of Willow Green, with black “Nambla” interior. The walnut veneers, of the dashboard and door sills appear, as delivered. Being a West Coast car, the body panels and undercarriage remain “corrosion free.” Long term ownership has kept the subject car virtually as complete as the day it left Coventry for the US, with all its “smog-controls, badging, tools and jack. An incredibly complete and original Jaguar 340 with 56,000 miles for only $38,600