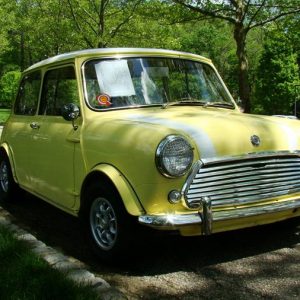 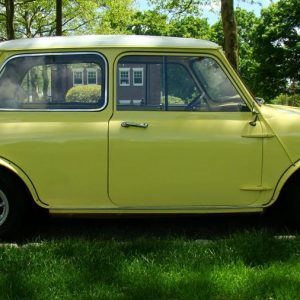 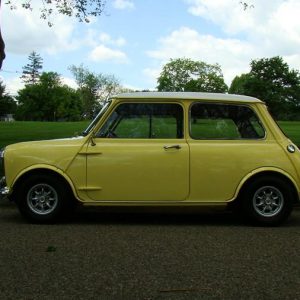 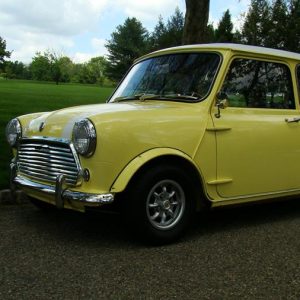 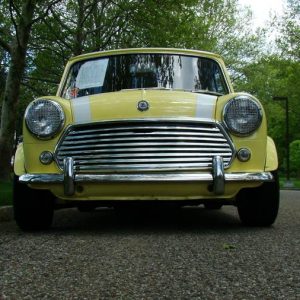 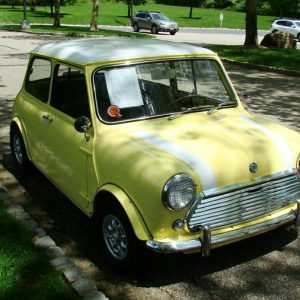 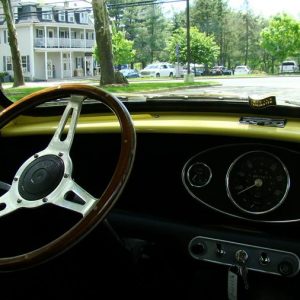 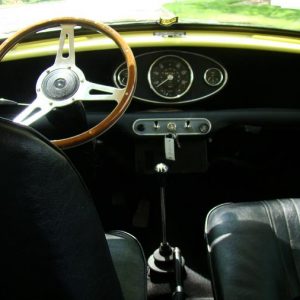 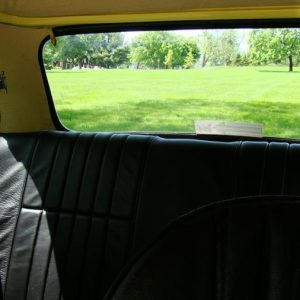 The concept of the Mini came to life as a response to the Suez Oil Crisis in 1956. As prices of petrol skyrocketed, the need for a small, fuel-efficient vehicle with room for four adults became obvious. Alex Issigonis and his team of 8 designers, draughtsmen and engineers introduced the Mini in 1957 and production started in 1958. The cars were an immediate success and have remained extremely popular through the years. The Mark II was introduced in 1967 featuring many design enhancements and the engine size was increased from 850cc to a whopping 998cc. Some were built in other countries, but our car was built at the Longbridge factory in Birmingham, England on April 17, 1968. Its’ design was advanced in many ways and the car featured a dual-line braking system, a transverse-mounted 4-cylinder engine and a fully synchronized 4-speed manual transmission although the car still featured sliding side curtains in the doors.  Although the car  rides on 10” wheels, is just 10 feet in length, 55.5 inches wide and 53 inches tall, it does accommodate 4 adults in relative comfort. Finished in a very attractive soft yellow with a white top and stripes with a black interior, the body is virtually unmarked, the interior shows very little wear and the car drives beautifully. 48,098 miles