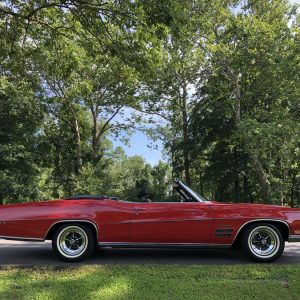 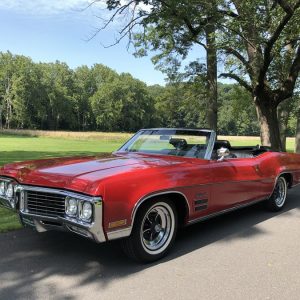 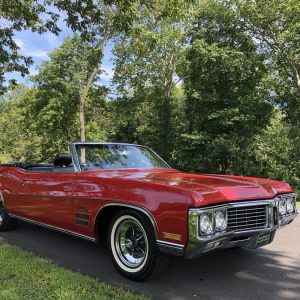 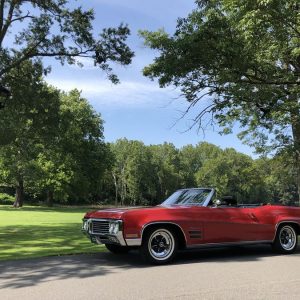 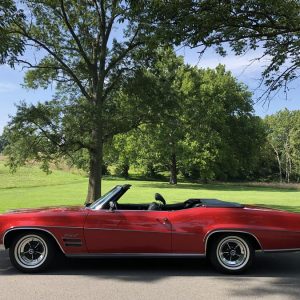 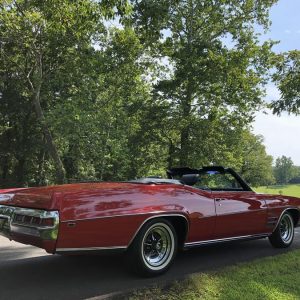 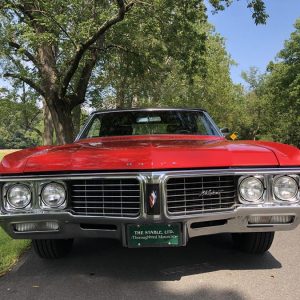 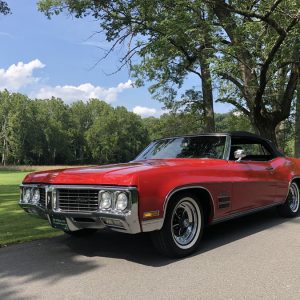 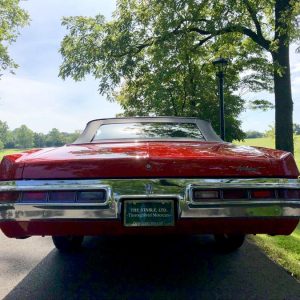 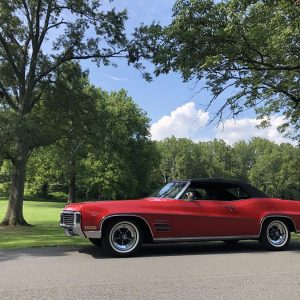 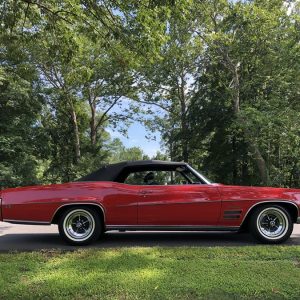 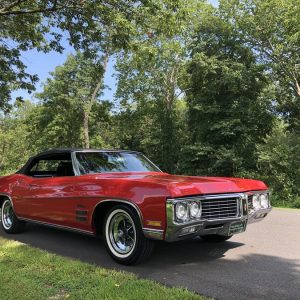 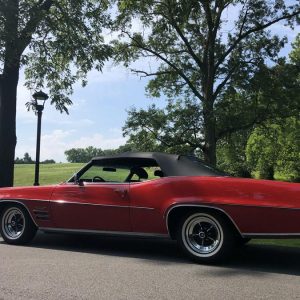 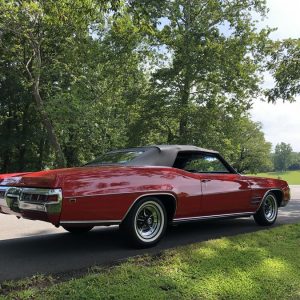 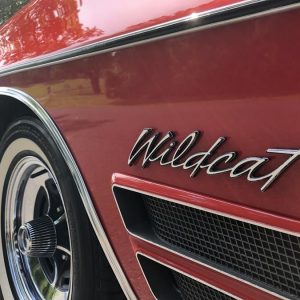 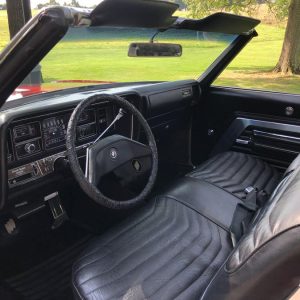 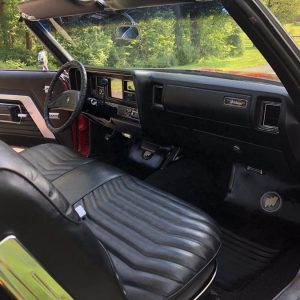 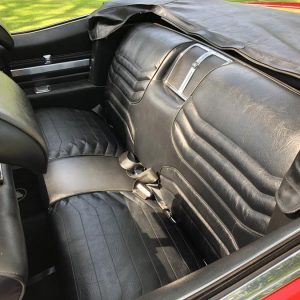 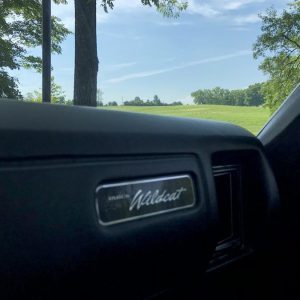 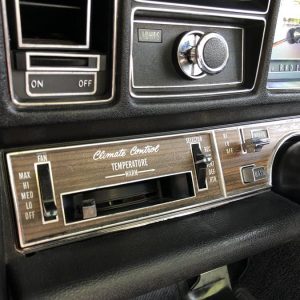 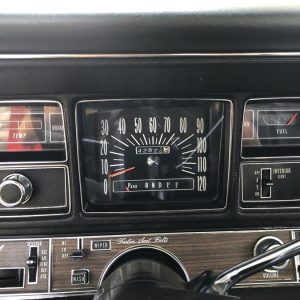 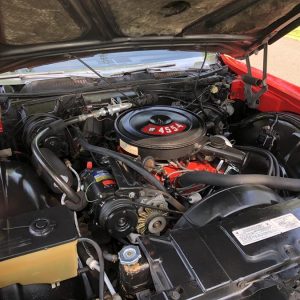 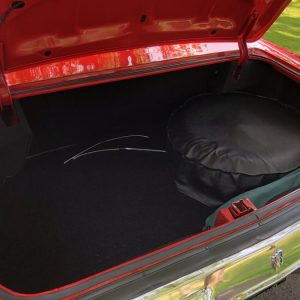 1970 BUICK WILDCAT
CONVERTIBLE #46670X166576.
(Stock #4043.In 1953, Buick presented a very futuristic
concept car called the Wildcat. In 1962, Buick introduced a
production Wildcat, the top-of-the-line full-size, high-
performance car available in convertible, coupe or sedan
bodies. In 1970, production of the car ended with just 1244
examples of the highly sought-after convertible being built.
It was an exciting year for the Wildcat—not just the last
year of production, but also the only year in which the
Wildcat was offered with the most impressive 455 cubic inch
V-8 engine, producing 370 horsepower and 510 ft/lbs of
torque. Our car was found in an impressive collection in
Virginia in 2008, then with 40,129 miles, and purchased by a
serious local collector of classic cars. This car is a bit out of
the norm for his collection, with most of the collection being
full classics from the 1930’s, but extraordinary examples of
rare but more modern cars occasionally are added. This car
is in astonishingly fine condition throughout—the body,
interior, mechanicals and undercarriage are all amazingly
pristine. The car is loaded with equipment including factory
air conditioning, power top, power windows, tinted glass,
day/night inside mirror, remote control outside mirror,
factory chrome alloy wheels, original AM-FM radio, etc.
42,810 miles. SOLD!