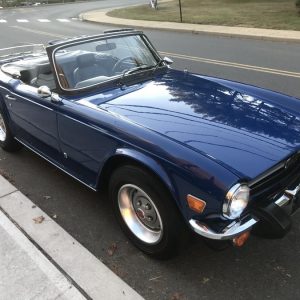 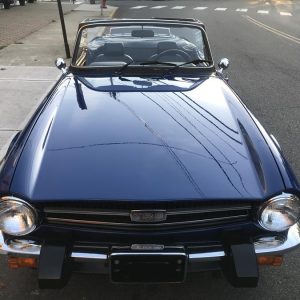 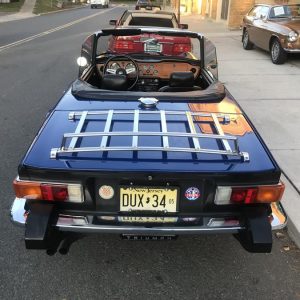 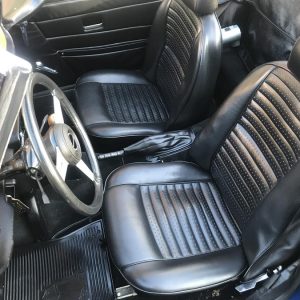 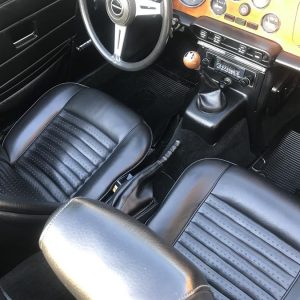 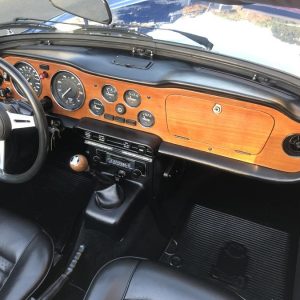 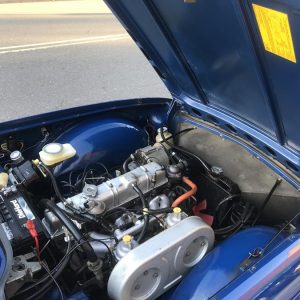 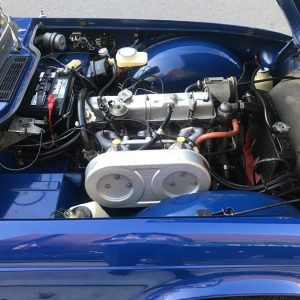 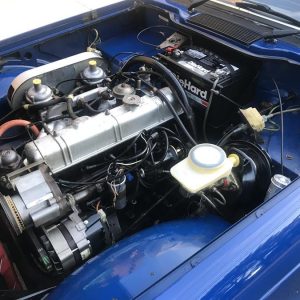 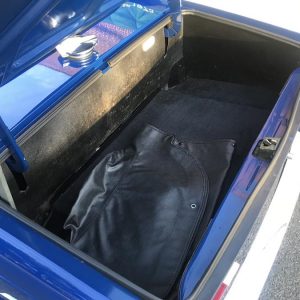 1976 TRIUMPH TR-6 ROADSTER
# CF548DSU. (Stock #4056.)
The Triumph Company was formed in England in
1885 and sold bicycles. It evolved over the years until,
in the 1950’s, very successful sports cars were being
produced. The TR-2, 1953-1955, was an adorable 2-
seater, 4-cylinder car which captured the heart of
people around the world, but primarily in America.
TR-3’s and 4’s followed, still very pretty 2-seater, 4-
cylinder sports cars. In 1966, a very similar-looking
car was introduced, but this time with a new 2.5 litre,
twin carburetor, 6-cylinder engine, a 4-speed
synchromesh transmission and new front disc
brakes—the Triumph TR-6 roadster. A very
successful car, TR-6 production continued on until the
final car rolled off the assembly line in 1976. Our car
is one of those very late cars and is accompanied by
every record and receipt since being sold new in 1976.
A local enthusiast purchased the car in 1979 and has
maintained it carefully since his purchase 40 years
ago. Finished in beautiful original Tahiti Blue with
black interior (also original), top and top boot, the car
is in gorgeous condition throughout and has been
driven a total of just 54,529 miles. SOLD!