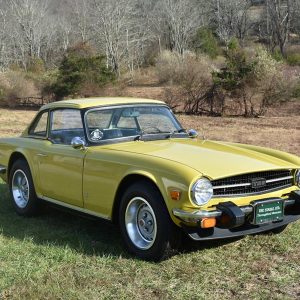 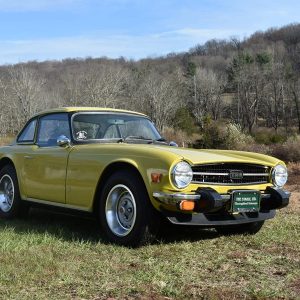 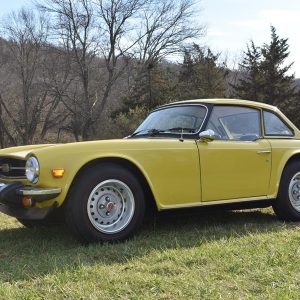 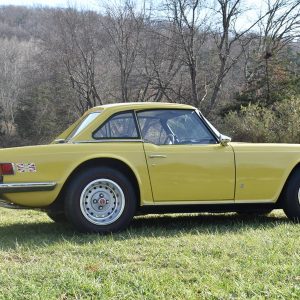 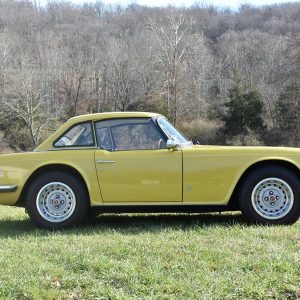 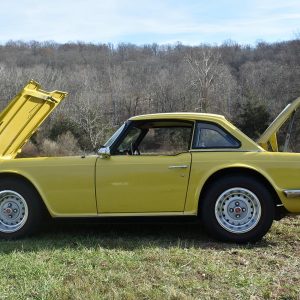 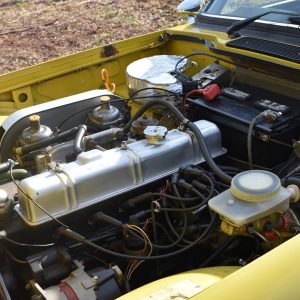 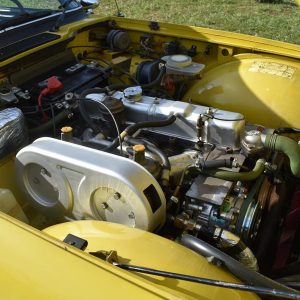 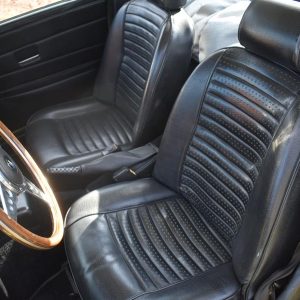 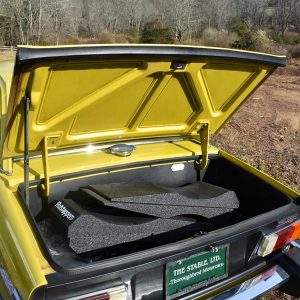 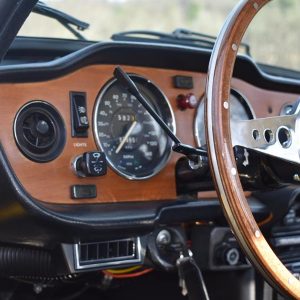 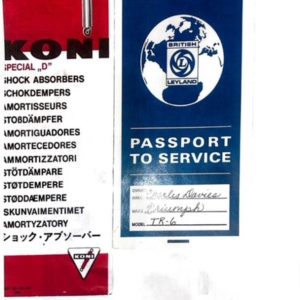 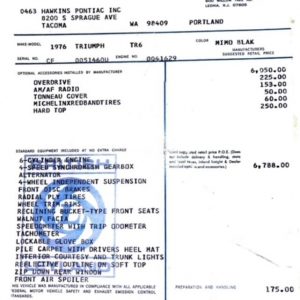 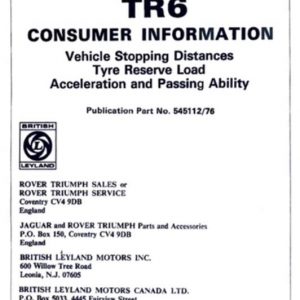 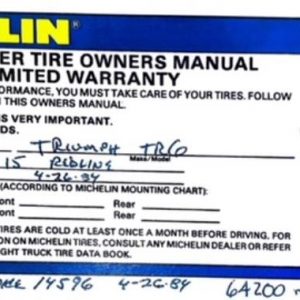 The Triumph Company was formed in England in 1885 and sold bicycles. It evolved over the years until, in the 1950's, very successful sports cars were being produced. The TR-2, 1953-1955, was an adorable 2-seater, 4-cylinder car which captured the heart of people around the world, but primarily in America. TR-3's and 4's followed, still very pretty 2-seater, 4 cylinder sports cars. In 1966, a very similar-looking car was introduced, but this time with a new 2.5 litre, twin carburetor, 6 cylinder engine, a 4-speed synchromesh transmission and new front disc brakes-the Triumph TR-6 roadster. A very successful car, TR-6 production continued on until the final car rolled off the assembly line in 1976. Our car is one of those very late cars delivered new to the West Coast and is as nice an example as any which we have seen in decades. It comes to us from a local British car collector from whom many other fine British treasures have come. He has retired and and sold his house, therein losing his 6-car garage. We have sold his Bentley GT and his Rolls-Royce Corniche among others and this one is a real find. Fitted with air conditioning, the car also has both its detachable hard top its stow-away convertible top and is fitted with a factory overdrive on its 4-speed transmission. It, as with his other car, has been kept in top mechanical condition and has recently had a full engine rebuild. Finished in beautiful original Mimosa Yellow with black interior (also original), top and top boot, the car is in gorgeous condition throughout and drives exactly as it should with textbook manners. Original window sticker and Bill of Sale! 82,096 miles. SOLD!