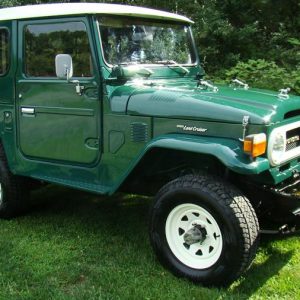 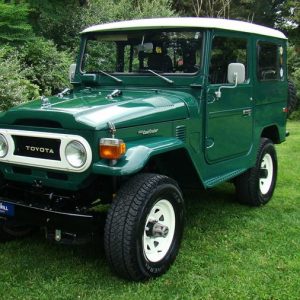 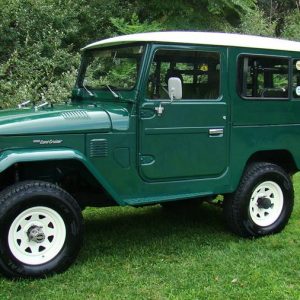 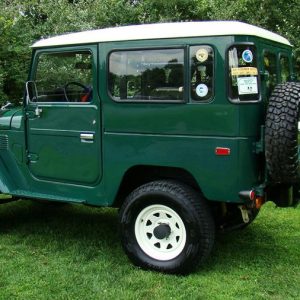 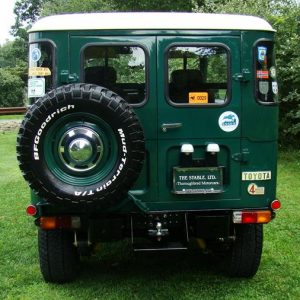 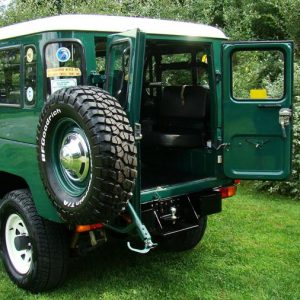 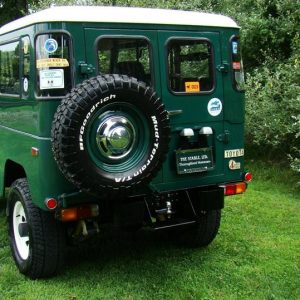 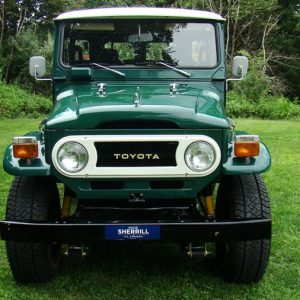 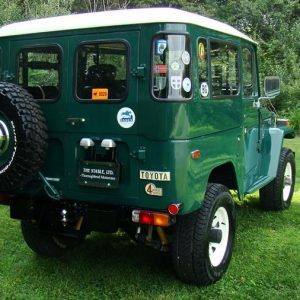 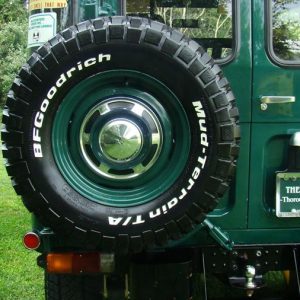 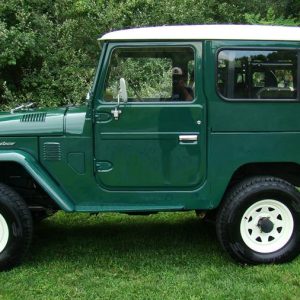 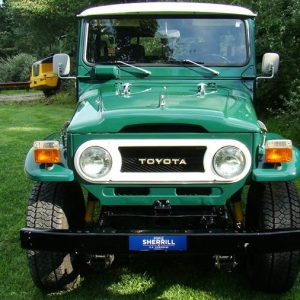 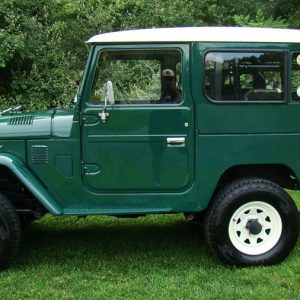 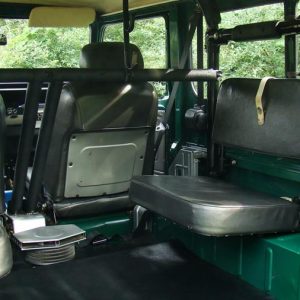 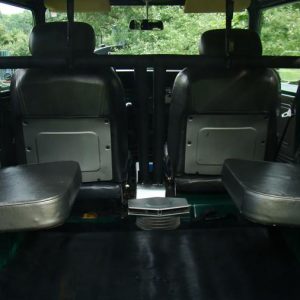 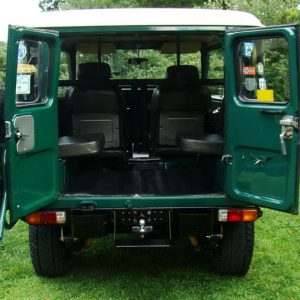 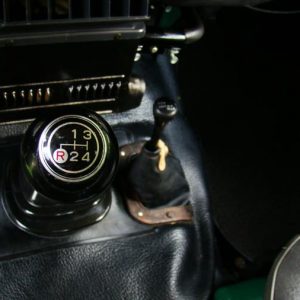 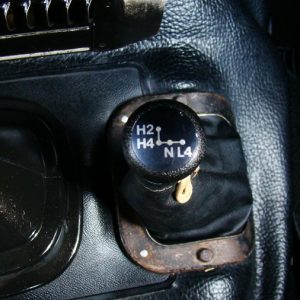 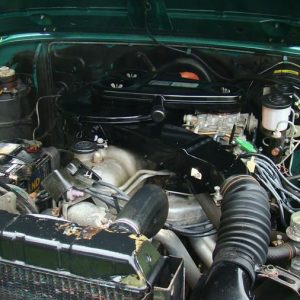 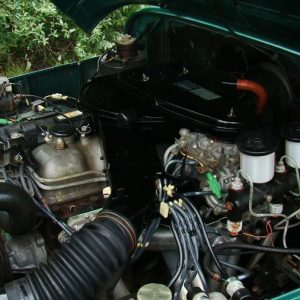 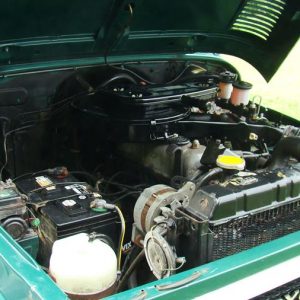 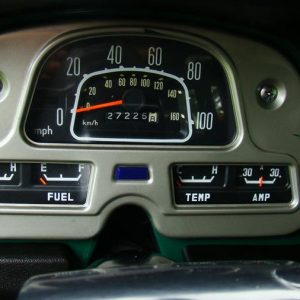 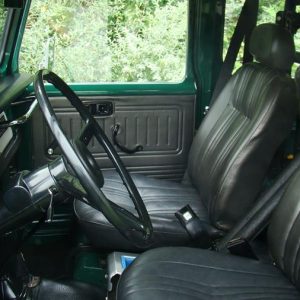 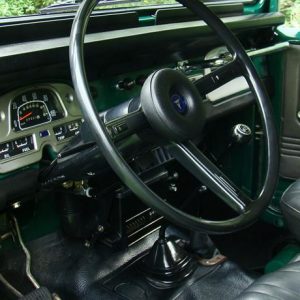 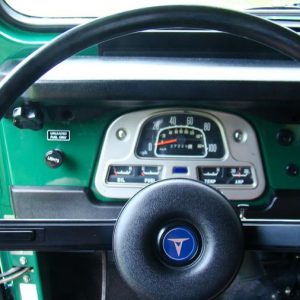 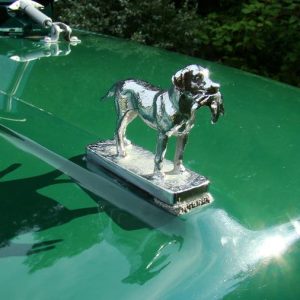 1977 TOYOTA FJ-40 LAND CRUISER #FJ40240905. (Stock #4103.) The Land Cruiser FJ Series from Toyota was introduced in 1960 as a rugged go-anywhere type of 4-wheel drive vehicle. Although the vehicles remained true to their original design over the years, they did become more driver-friendly as time progressed and many subtle improvements and advances were put in place. During the 1970’s, for instance, the rear “barn doors” were added as an option in 1975 and front disc brakes were added in 1976. By the time of the production of our car, power was provided by a very strong 4.2 litre 6 cylinder engine with a 4-speed manual transmission with, of course, 4 wheel drive with a 2-speed transfer case. Folding rear side jump seats also became available as an option. Our Cruiser was ordered with both the rear “Barn doors” and the rear jump seats. It was kept at a local (Bernardsville) family’s South Carolina hunting Lodge.and was brought North when its owner passed away. We purchased the vehicle from the estate of that owner and sold it to a local (Tewksbury) horseman and sporting enthusiast who has added just one sporting window sticker to the many from the original owners. SOLD!