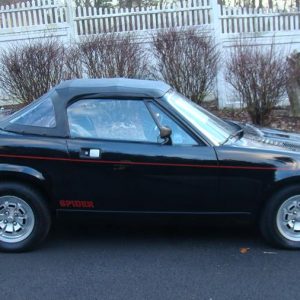 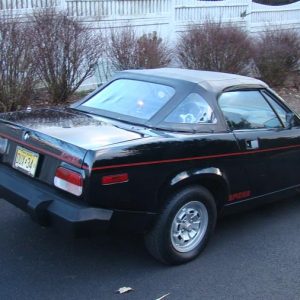 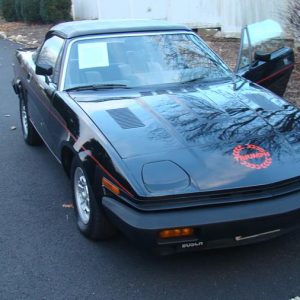 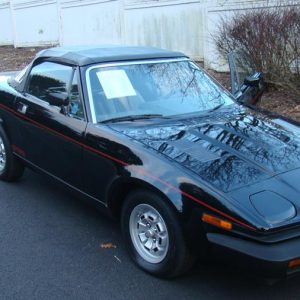 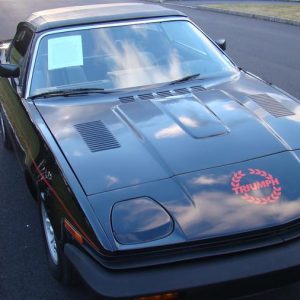 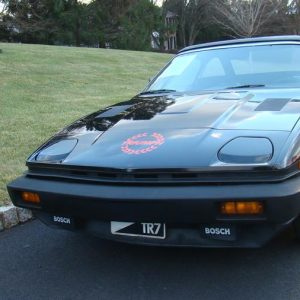 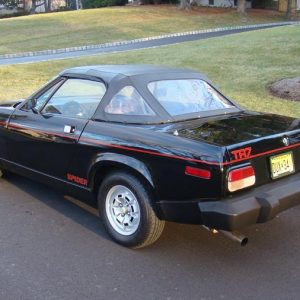 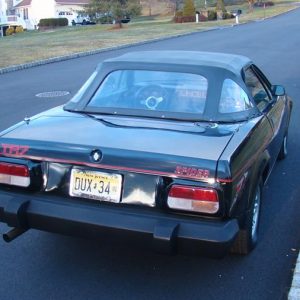 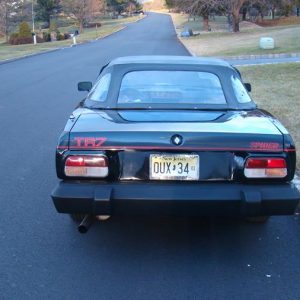 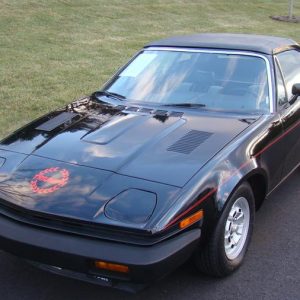 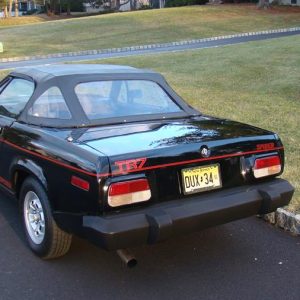 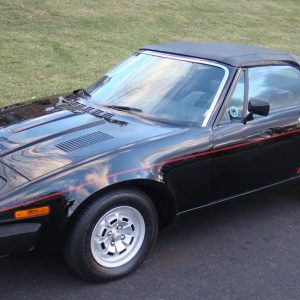 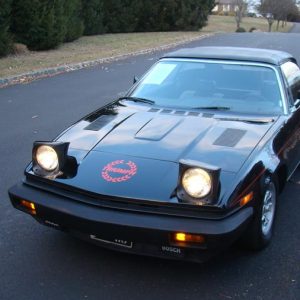 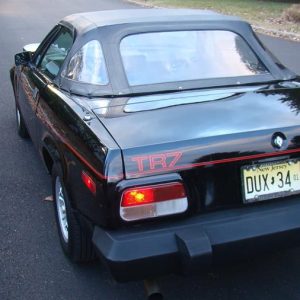 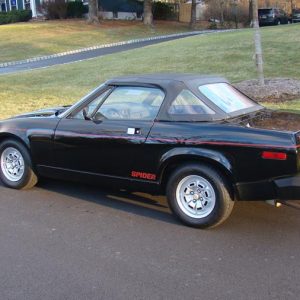 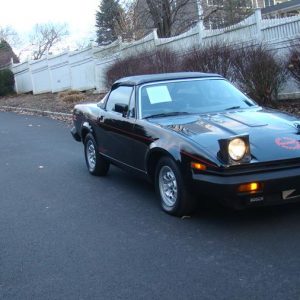 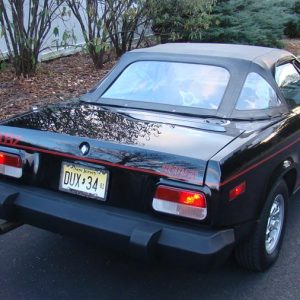 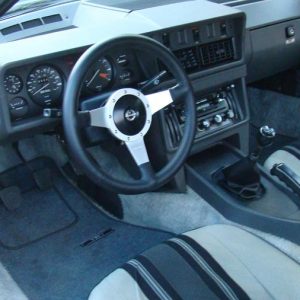 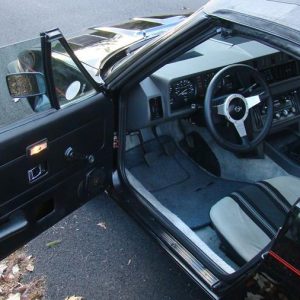 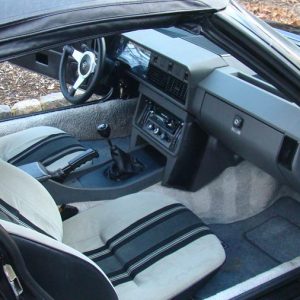 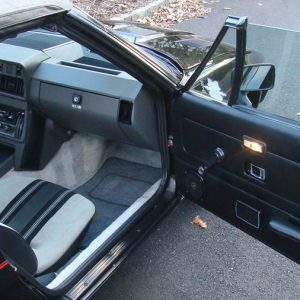 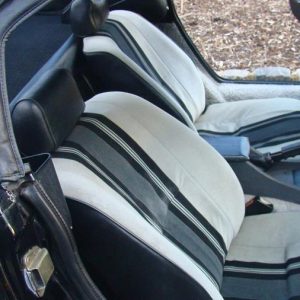 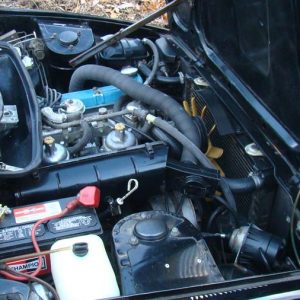 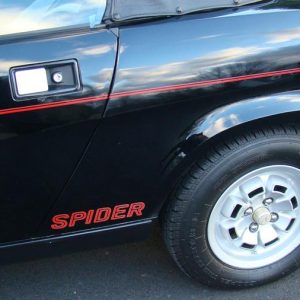 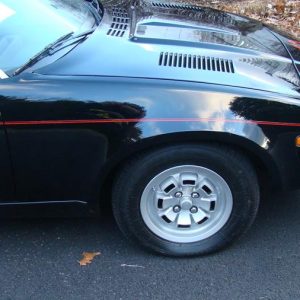 1980 TRIUMPH TR-7 “SPIDER” #TPVDJ8AA401104. (Stock # 4060.) In 1974, Triumph introduced a completely new 2-seater sports car, the TR-7, successor to the earlier square body TR-4 and TR-6 and the earlier round-body TR-2 and TR-3. This car was first launched in the U.S. in 1975 but, due to the extremely high demand for the car in the U.S., the U.K. launch was delayed until May, 1976. The new car, advertised as “the shape of things to come,” was available in either coupe or convertible form. It was powered by a 4-cylinder, twin carburetor engine with an optional 5-speed manual gearbox, independent front suspension, front and rear anti-roll bars and front disc brakes. In 1980, a special limited-edition model, the “Spider” version of the convertible was introduced. Available only in Maraschino Black, the car incorporated different trim touches along with a different interior. Our car is one of the special edition Spiders and was purchased from the estate of Mike Cook, the well-respected and well-loved Triumph guru who first purchased a TR-2 in 1957 and first went to work for the Standard-Triumph Motor Company in New York in 1958.Mike stayed on with the company through its purchased by British Leyland and, in 1969, became Corporate PR Director. He was there for the TR-7 introduction and through the end of the model with the “Spider.” Mike authored definitive books on both Triumph and Jaguar cars, including the authoritative chronicle of Triumph cars, “Triumph Cars in America” and writings in ”The Vintage Triumph” and “Triumph World. Of course he would have to own a correct and pristine Spider and it was certainly no surprise to find this car in his estate upon his passing.in 2018. 89,162 miles. SOLD!