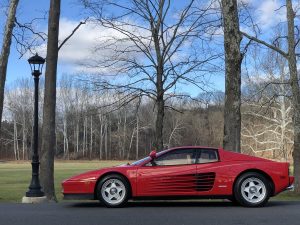 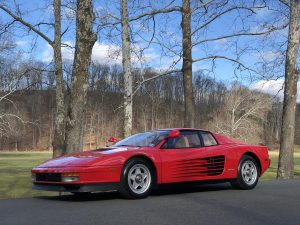 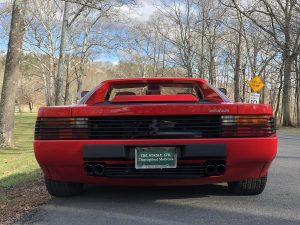 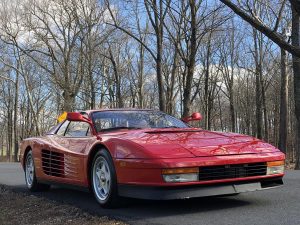 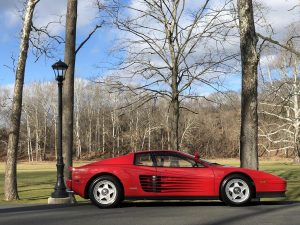 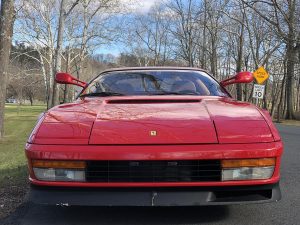 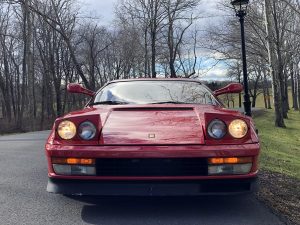 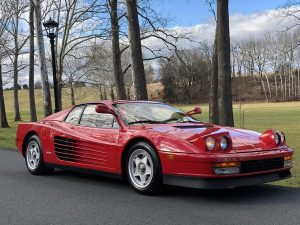 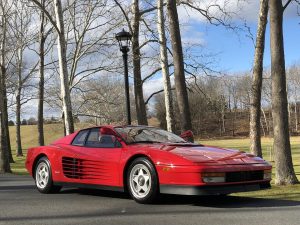 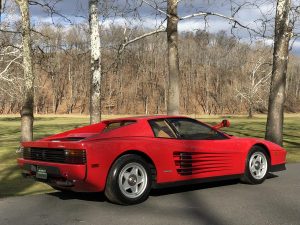 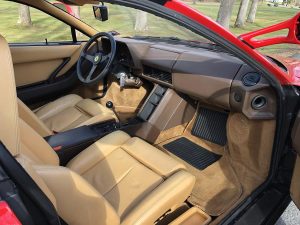 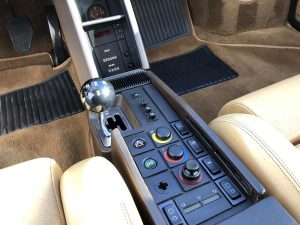 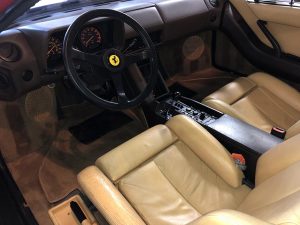 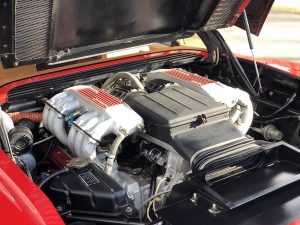 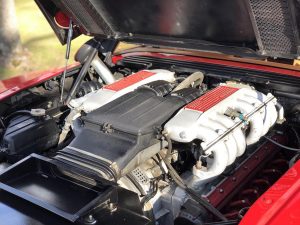 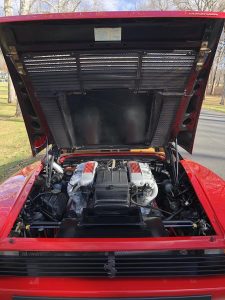 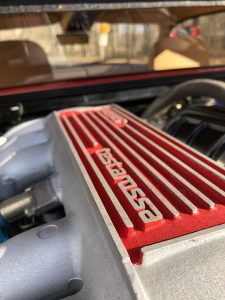 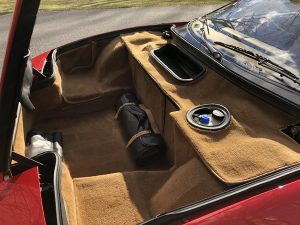 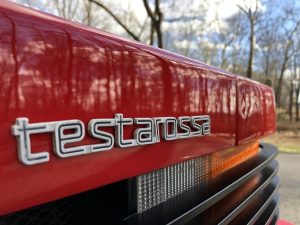 1985 FERRARI TESTAROSSA “MONOSPECCHIO” #ZFFSA17A9F0057771.(Stock #3992.) The Ferrari Testarossa is a cult classic which, along with the Lamborghini Countach, set the automotive supercar tone for the 1980’s. With its wide stance, 12 cylinder mid-engine design by Pininfarina which could not be confused with any other, the 186 mile per hour Testarossa was instantly appreciated and desired. Posters of the car hung on dormitory and bedroom walls (perhaps alongside of the famous Farrah Fawcett poster) around the world. As the top of the Ferrari line-up, the car was expensive but well worth the price for those who could afford one. Large premiums were being paid to obtain new and lightly used examples and the car has lately begun climbing its appreciation curve in value. Our car was ordered in the classic red with tan leather combination which, still with original paint and leather, the car continues to wear today.In 1985, our car was sold new to a local enthusiast who, after ordering a second “high” mirror for the passenger side, was to keep the car for the next 14 years, driving it @2000 miles per year, prior to engaging The Stable to sell the car for him. We then sold the car to another local enthusiast who has pampered the car for the past 20 years, driving it on clear-weather days just 2,500 miles during his ownership. A complete engine-out, major timing belt service has just been performed on the car. It is in magnificent, completely original condition throughout and it is ready to start chapter #3 of its sheltered life. 35,388 miles. SOLD!