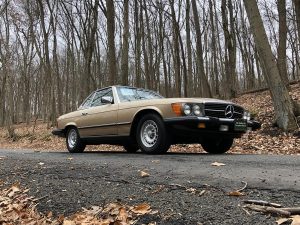 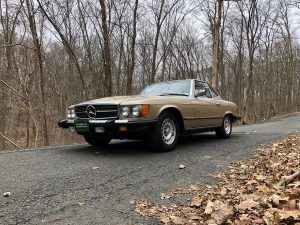 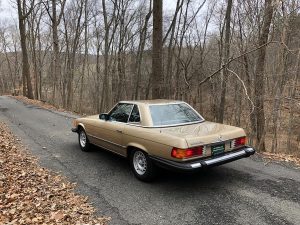 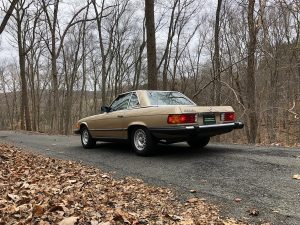 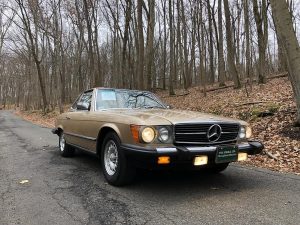 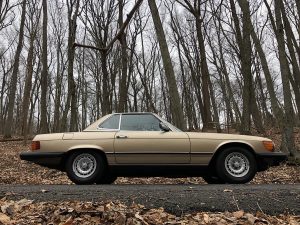 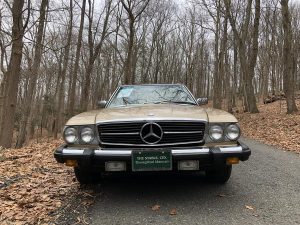 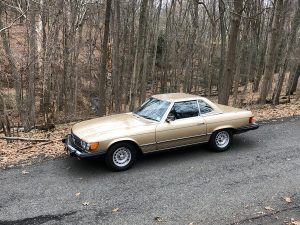 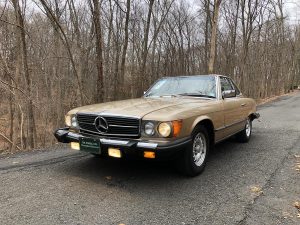 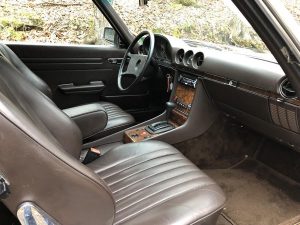 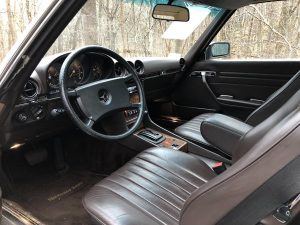 1985 MERCEDES-BENZ 380SL
COUPE/ROADSTER #WDBBA45C9FA033788.
(Stock #3983.) The fabulous “107” body-style, V-8 powered SL
roadster was produced from 1972 through 1989, the 380SL version
from 1981 through 1985. Our car is a very late car, delivered new
on November 6, 1985—important since that designates it as a twin-
timing chain car as opposed to the earlier cars whose engines were
built with just a single timing chain needing periodic replacement.
Ours was purchased by a local woman who was to pamper the
car—along with her other Mercedes-Benz, a top-of-the-line sedan
which she also purchased new, for the next 32 years and 47,000
miles. At that point, she ceased driving and sold the car to a close
family friend—a Porsche enthusiast who traded the car into us on a
Porsche 911. Finished in beautiful Champagne Metallic (body and
hard top) with tobacco brown leather and convertible top, the car
has never seen one speck of paintwork with either owner and
literally can almost pass as a new car. The car is complete with all of
its original manuals, its tool kit remains unwrapped from the
factory, service records are all kept in order—even the original
stamped metal data plate has been preserved! The car is equipped
with a wonderful original leather and burl walnut interior, both
tops, cruise control, climate control, tinted glass, power rack-and
pinion steering, 4-wheel power disc brakes, electric windows,
original top-of-the-line Becker “Grand Prix” stereo system with
electric antenna, electric rear window defogger, factory fog lamps,
factory alloy wheels, etc. A rare find! 49,972 miles. SOLD!