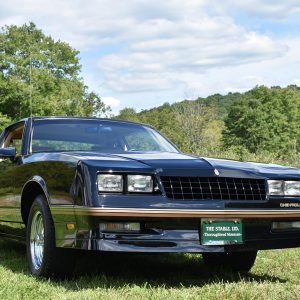 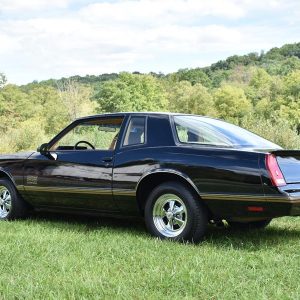 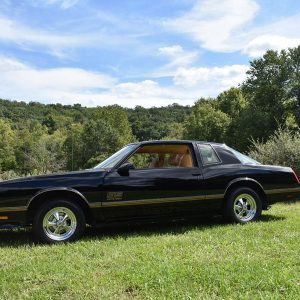 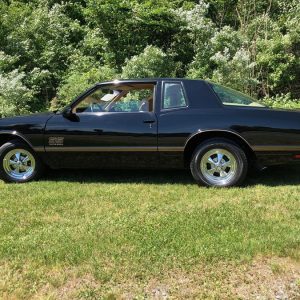 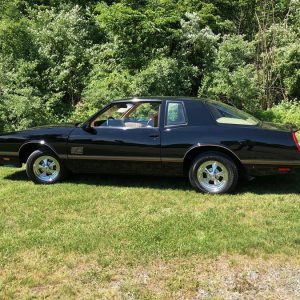 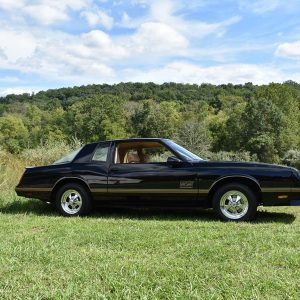 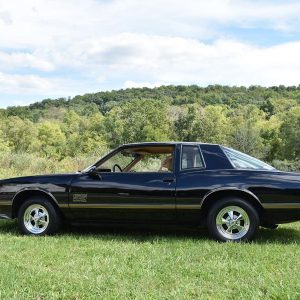 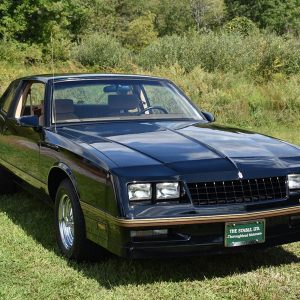 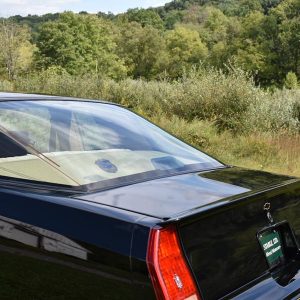 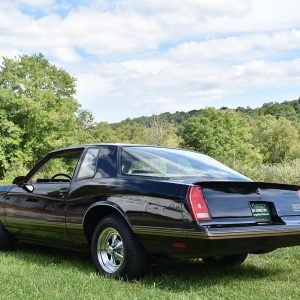 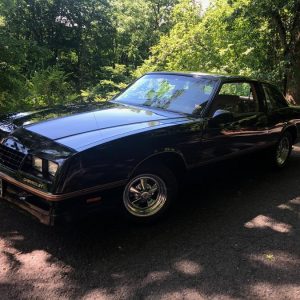 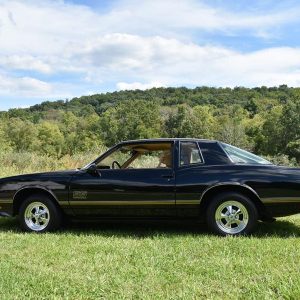 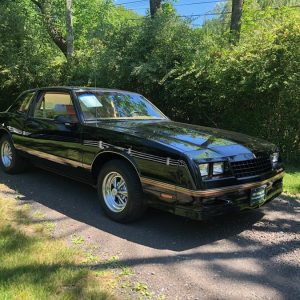 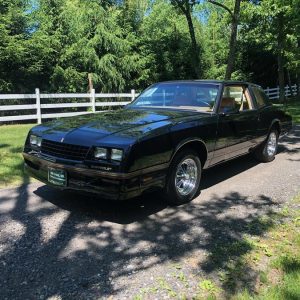 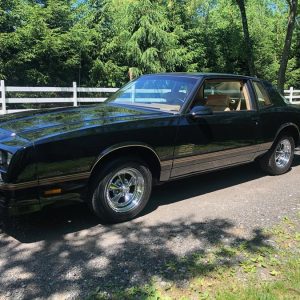 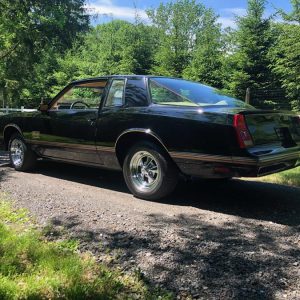 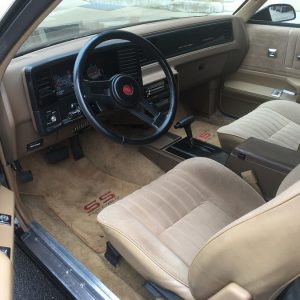 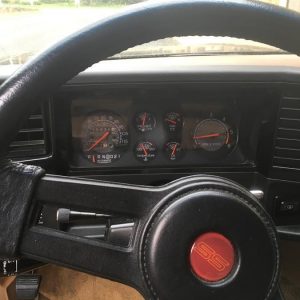 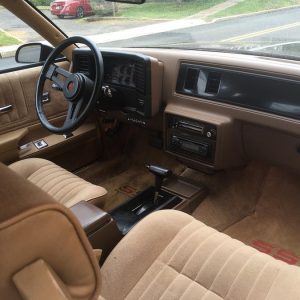 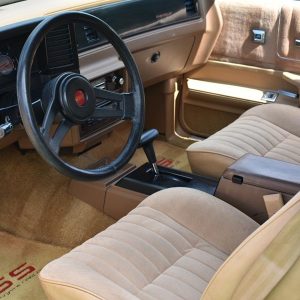 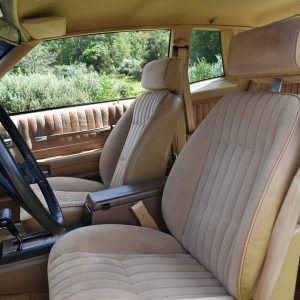 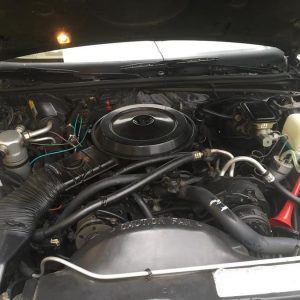 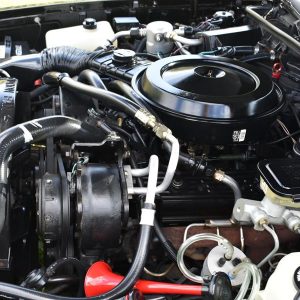 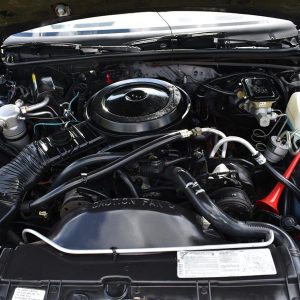 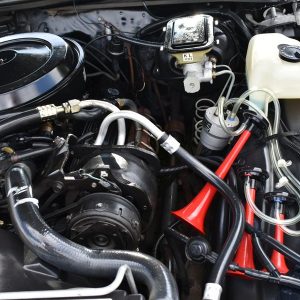 1987 CHEVROLET MONTE CARLO SS
“AEROCOUPE” #1G1GZ11G4hHP139842.
(Stock #4092.) Not to be confused with the standard Monte
Carlo “SS”, this is the rare “Aerocoupe” model. When
General Motors needed to build a car to compete against
Ford on 1980’s Nascar race tracks, they chose the Monte
Carlo which had been introduced in 1970. Modifications had
to be made to the “SS” body to make the car more wind-
efficient and this led to the unusual rear-end and window
design. To be race-legal with Nascar, the car had to be
“homologated’ by GM building a set number of the model
for legal road use. This homologated model became the
limited production, road-going “Aerocoupe.” The 305
“H.O.’ (High Output) V-8 engine with a floor-shift, 4-speed
Turbo Hydramatic transmission, and a 3.71:1 differential
resulted in a delightful driveline for the car. Purchased from
its original owner 12 years ago with 73,250 miles, its second
and only other owner purchased the car for very limited
show use and brought an extremely nice and original car to
near-concours condition. He purchased a set of four chrome
Crager wheels saving the original ones with the car. Black
with tan interior featuring front bucket seats, the car is--
aside from the wheels and an upgraded stereo—completely
stock. The car features electric windows and ice-cold air
conditioning. Absolutely pristine condition throughout and
drives just the way that it appears! 75,280 miles. SOLD!