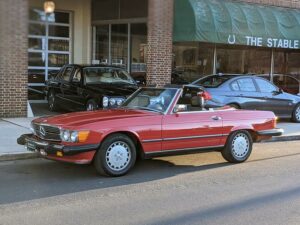 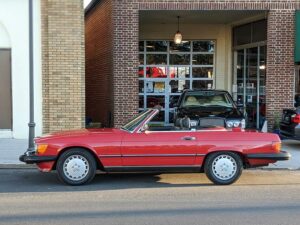 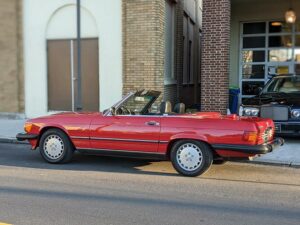 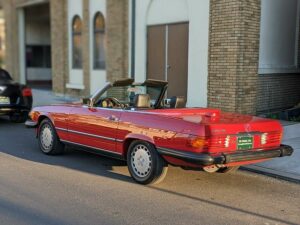 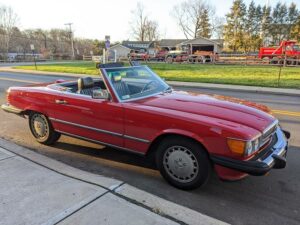 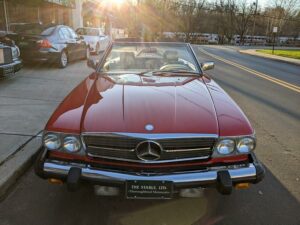 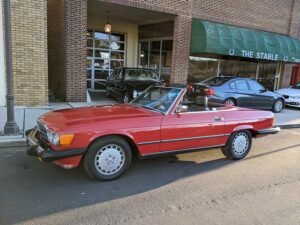 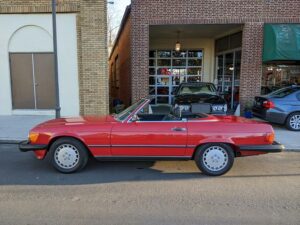 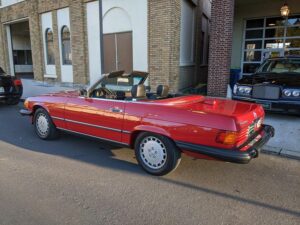 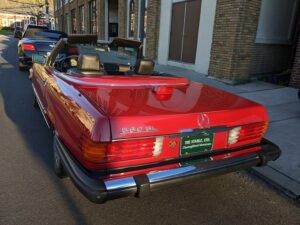 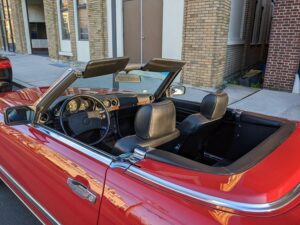 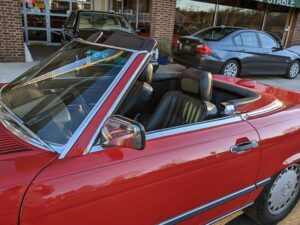 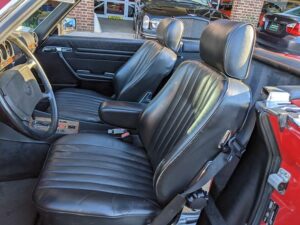 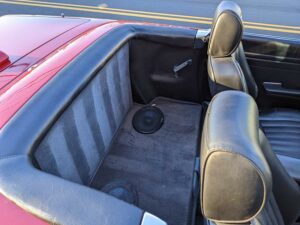 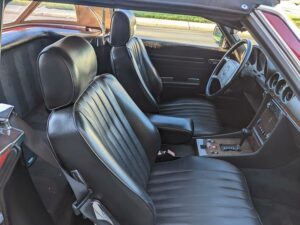 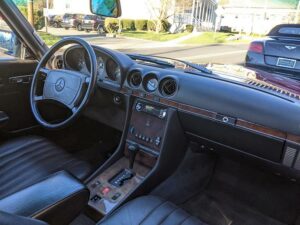 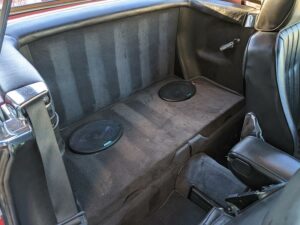 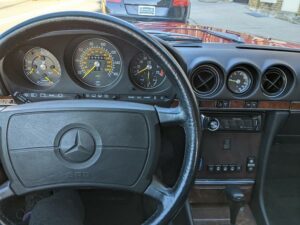 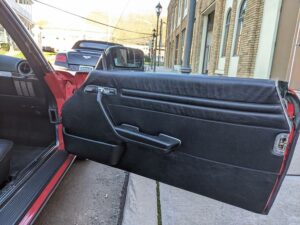 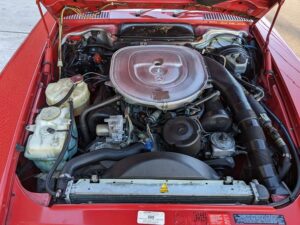 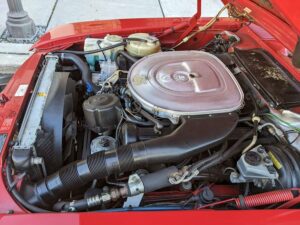 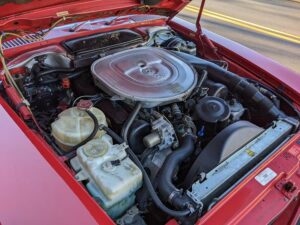 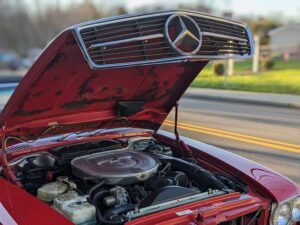 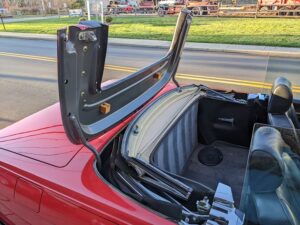 1987 MERCEDES-BENZ 560SL COUPE/ROADSTER. #WDBBA48D1HA052200. (Stock #4201.) Mercedes-Benz has created some beautiful 2-seater, hard top and soft top convertibles over the years, starting in 1955 with a 4-cylinder “190 SL” and a fuel-injected 6-cylinder “300SL”. Both cars were beautiful and have stood the test of time, both appreciating wildly in value since their era which ended for both in 1963. From 1964 to 1971, Mercedes-Benz built a 6-cylinder SL, also with both tops and also a beautiful car, which has appreciated substantially in value. In 1972, Mercedes-Benz offered another absolutely beautiful SL, this one powered by a 4.5 litre, fuel-injected engine, and one so attractive that the body style remained basically unchanged until 1989. The last version, built from 1986 through 1989, was powered by a twin timing chain, fuel-injected, 5.6 litre V-8 engine and was beautiful, fast and luxurious. It, too, has started its upward climb in value and its attraction seems to be growing each year. Our car, finished in Signal Red (body and hard top) with nice original black leather interior matching a 5-year old, as original, convertible top, has been a local car since new. Its second local  (Martinsville) owner purchased it 20 years ago with 77,000 miles. He has driven the car just 13,000 miles as a week-end escape car and it remains very nice throughout. The car is as it was delivered new and is with the exception of its original radio being upgraded to a Pioneer AM/FM/CD stereo system. It is just due for its major 90,000 mile service which will be performed prior to delivery. 89,890 miles. $29,500.