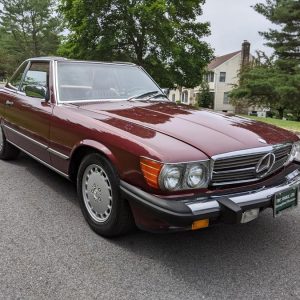 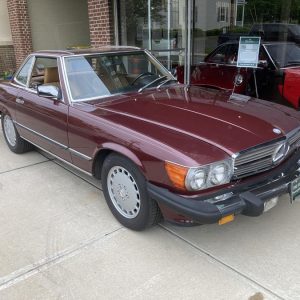 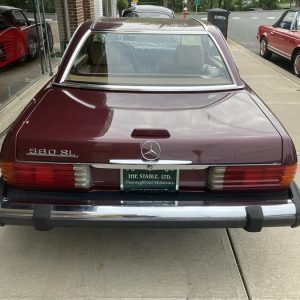 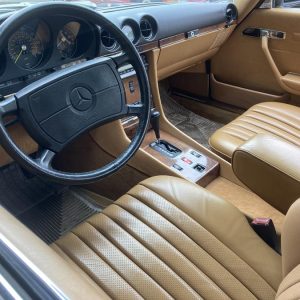 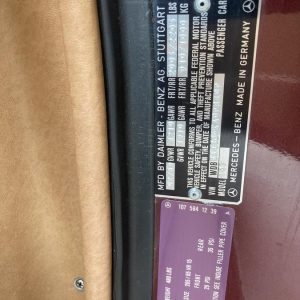 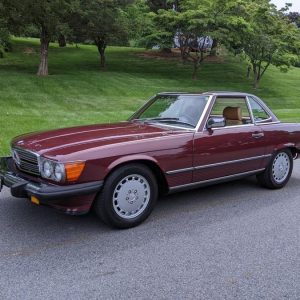 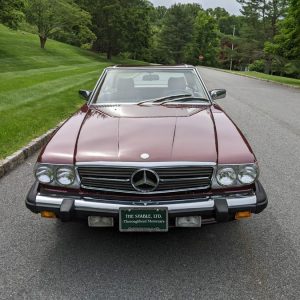 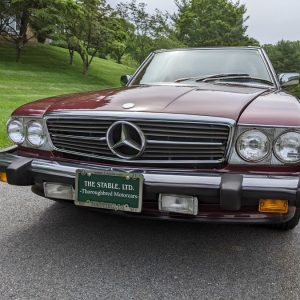 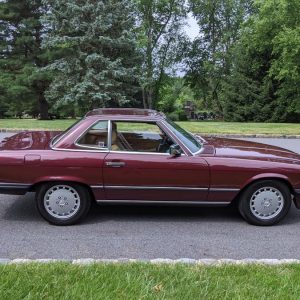 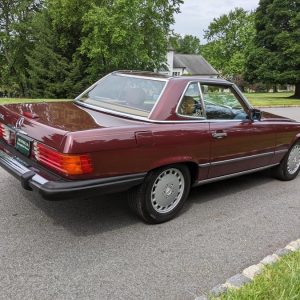 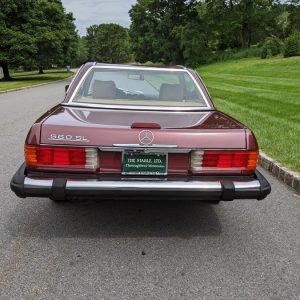 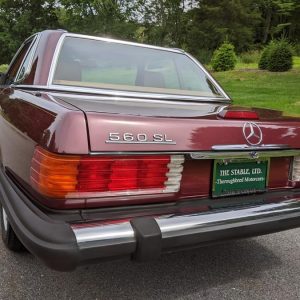 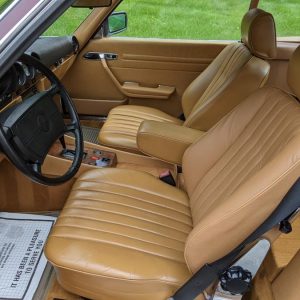 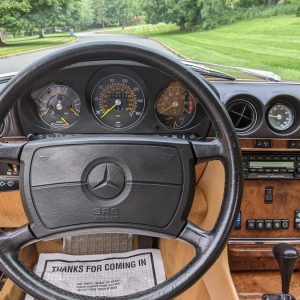 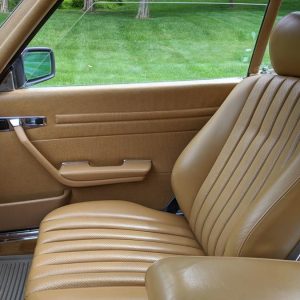 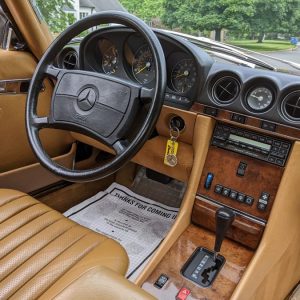 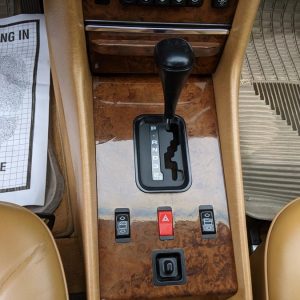 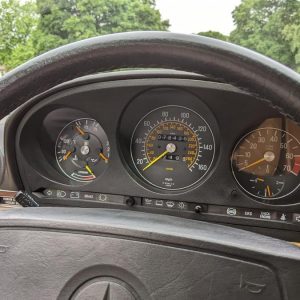 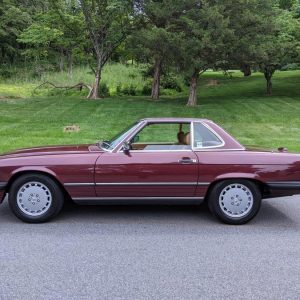 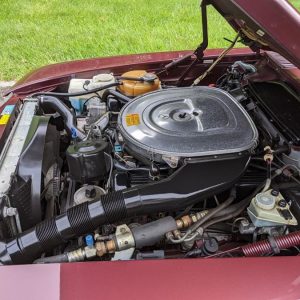 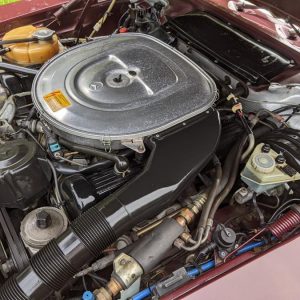 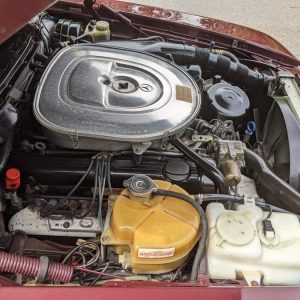 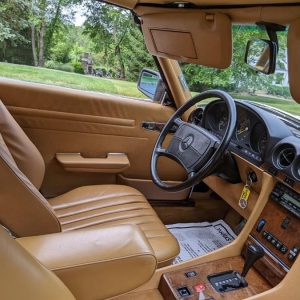 1989 MERCEDES-BENZ 560SL COUPE/ROADSTEAR #WDBBA48D5KA-09409. The handsome, powerful, comfortable 560 SL  was the last iteration of the “107” SL series which was introduced in by Mercedes-Benz in 1972 as a 350SL. 1989 was the last year of production, the only year in which Mercedes-Benz offered ABS  anti-lock braking and the most desirable of the series.  Our car is beautiful in its original Cabernet Red color  (body and hard top) with very nice original Palomino leather and black convertible top. It came to us from its local (Scotch Plains) owner who has carefully driven and religiously serviced the car  @11,000 miles  in his 8 years of ownership. The car drives beautifully, carries its original and top-of-the-line Becker “Grand Prix”  stereo system and is accompanied by its original tools, factory owner’s manuals and even the original factory window sticker, showing a cost of  $65,780 (in 1989 dollars!) 78,436 miles. $38,500