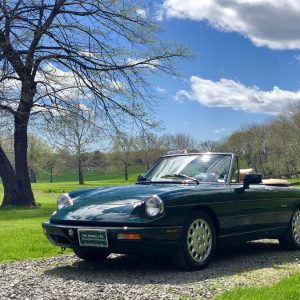 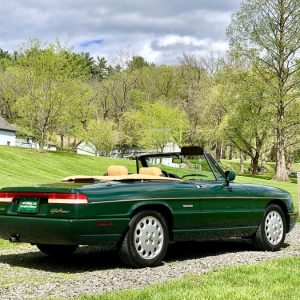 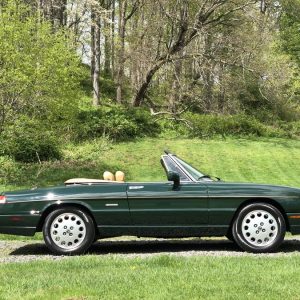 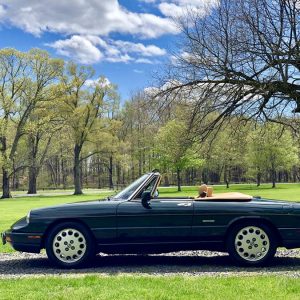 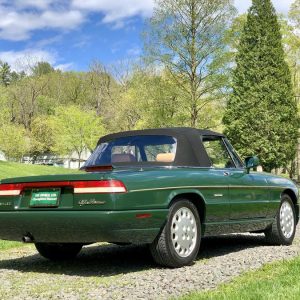 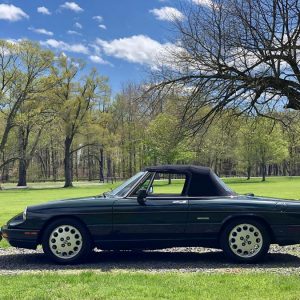 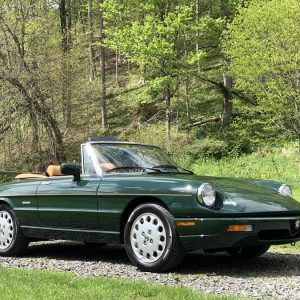 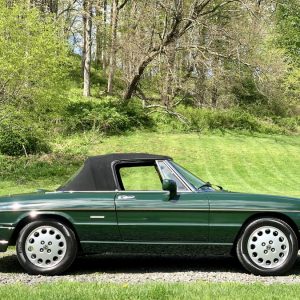 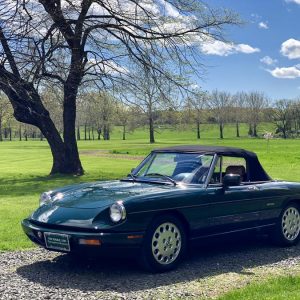 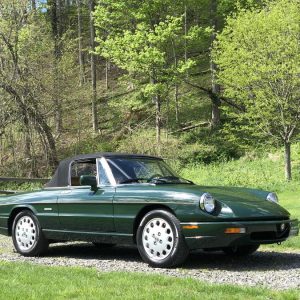 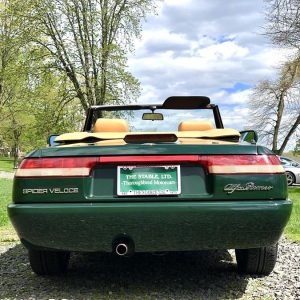 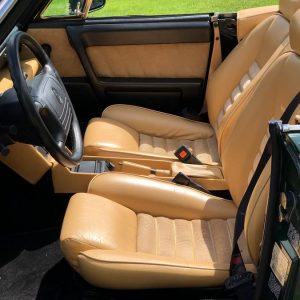 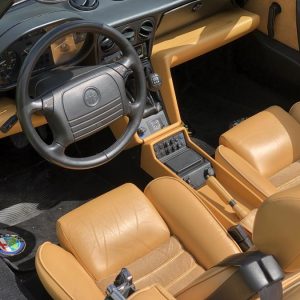 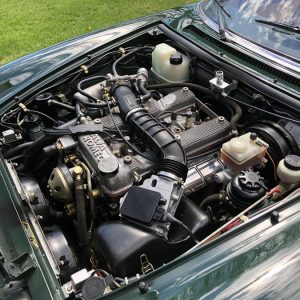 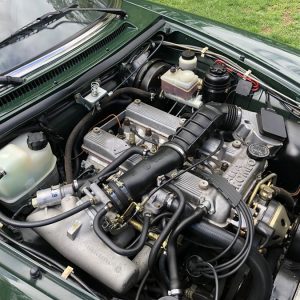 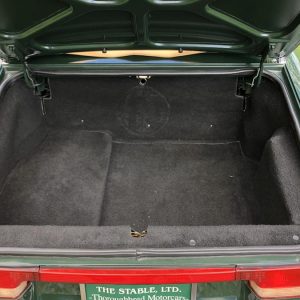 1992 ALFA ROMEO SPIDER VELOCE
# ZARBB32N2N7002351. Stock #4006. The
Spider was offered by Alfa Romeo from 1966 through 1993
and incorporated many styling changes and mechanical
improvements along the way, while still keeping the spirit
and soul bred in Alfa Romeos. Our car is a rare bird—the
upscale “Veloce” version of the Spider--beautiful in Verde
Pino (dark Green) with tan leather and black convertible
top. It was sold new in upstate New York where it averaged
@2,000 miles per year of driving prior to being purchased
by a long-time collector, and repeat customer of The Stable,
in Tuxedo Park, New York, in 2014, then with @23,000
miles. He added it to his substantial collection of interesting
cars and enjoyed driving a few thousand miles during his
ownership. Upon his passing in 2018, The Stable was
honored to sell 6 of his favorite cars for his estate, this being
one of those cars. With 26,974 miles, this car was then sold
by us to a local collector, also a long-time repeat customer.
The car was fully serviced by us at that time and delivered to
its new local collection. Replaced by a Ferrari California
Spider which we sold to that collector in 2019, the Alfa was
driven fewer than 1,000 miles during that ownership and
remains in amazingly fine, almost unmarked original
condition. The car is accompanied by original manuals,
tools and records. Current mileage is just 27,411.