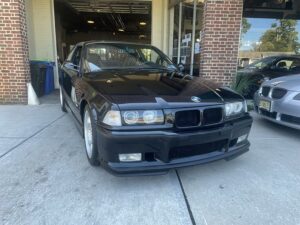 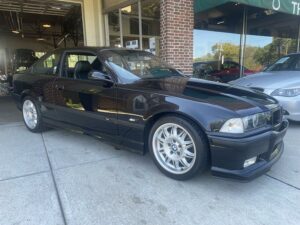 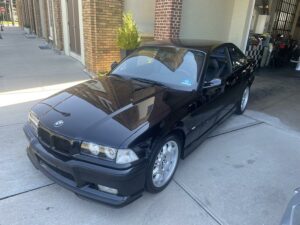 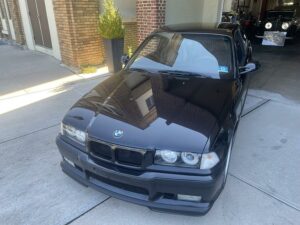 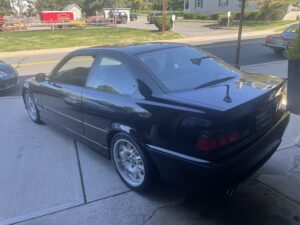 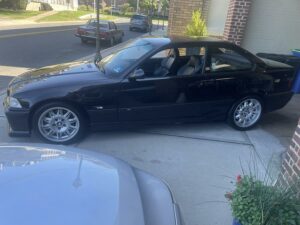 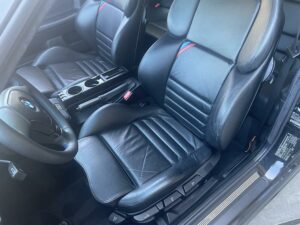 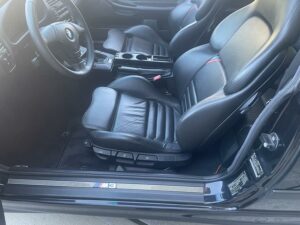 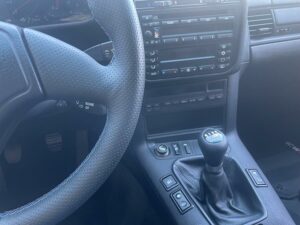 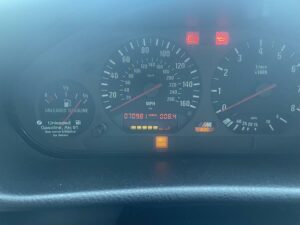 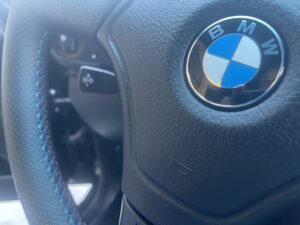 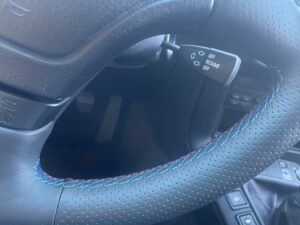 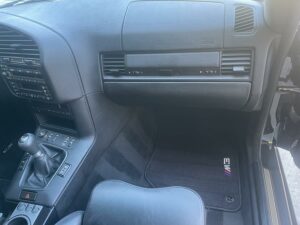 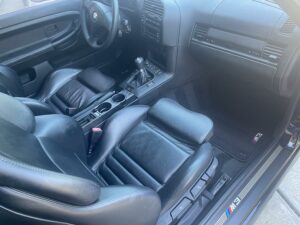 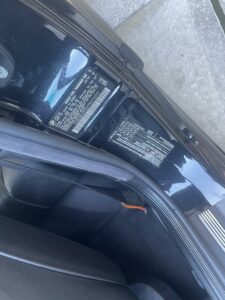 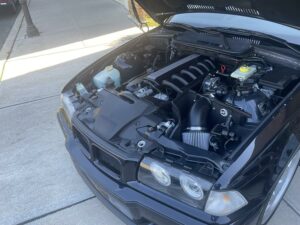 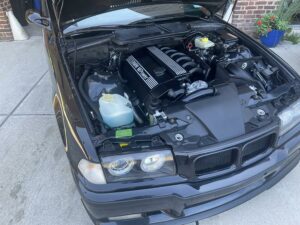 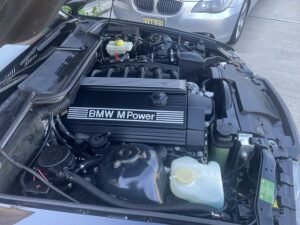 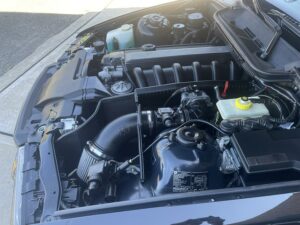 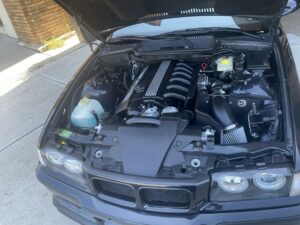 1996 BMW “M3” COUPE # WBSBG9327TEY72777. (Stock #4238.) Introduced by BMW in 1986, the high-performance M3 “E-30” was an immediate success. A 4-seater which felt as much home on a race track as on the road, the sporty and nimble coupe developed a following very quickly. In 1985, the new “E-36" model was introduced with a bit more luxury and a good bit more performance. The 3.2 litre, normally aspirated, 10:1 compression straight 6 engine worked well with the 5-speed manual transmission and limited slip differential and delivered a 0-60 acceleration time of 5.2 seconds and a top speed limited to 155 miles per hour. The car did have weak spots, however—the cooling system, including the radiator and water pump, was composed of many plastic parts which invited failure and suspension bushings and mounts which had a tendency to wear. Our car was delivered new to a local enthusiast (this was his second M3) on July 2, 1996 and remained his week-end fun car until his passing this year. He was an active BMW Club member and followed the recommended changes with a high-capacity upgraded radiator and water pimp and new suspension bushings as recommended. He purchased a second set of wheels and tires, using the originals for shows and events and the others for driving. Finished in black with black leather and a black grill, the car has an great look and has been maintained in fabulous condition throughout. When only 3 years old, the car did have a mishap with a curb but paintwork on one rocker panel is the only paintwork which has been performed on the car. It looks great and drives just as it should . It is accompanied by original owner's manuals and tools as well as a car cover, extra set of wheels and miscellaneous goodies. 70,719 miles. $38,000