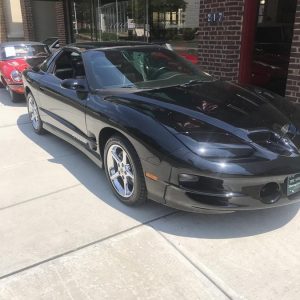 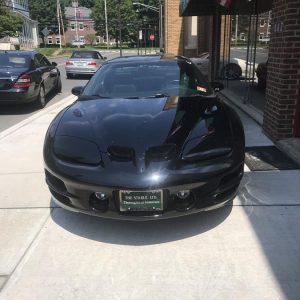 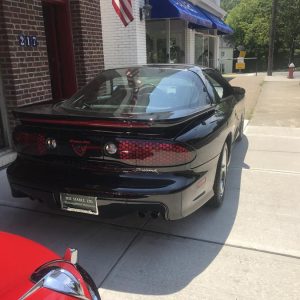 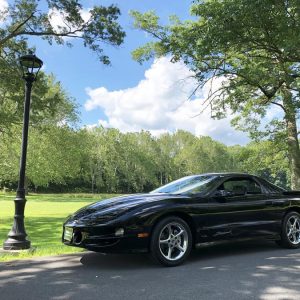 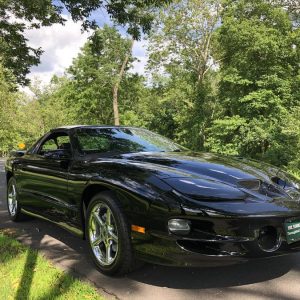 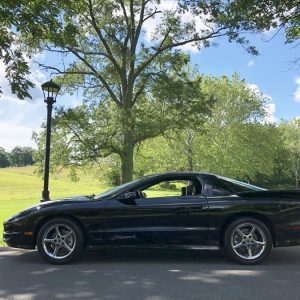 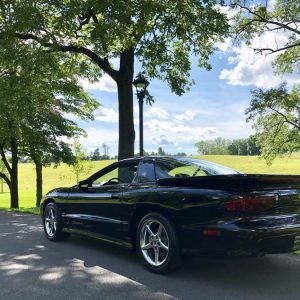 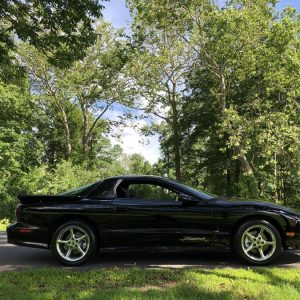 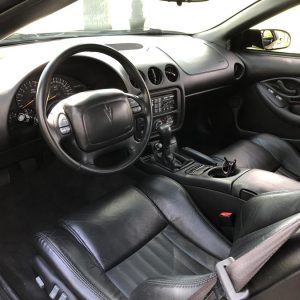 2002 PONTIAC FIREBIRD TRANS AM
FIREHAWK #2G2FV22G622144627. (Stock #4032.)
American muscle cars, led by Pontiac, had a hay day in the mid-to-
late 1960’s and some very impressive cars were built. With federal
regulations growing each year, those cars lost much of their muscle
in the 1970’s and 1980’s. In 1991, however, Pontiac jumped to the
front and partnered with “SLP,” a leading high-performance shop,
and built a new limited production muscle car called the Firehawk.
Just eight 1991 Firehawks were built, but the cars , although
expensive, became noticed and were a welcome presence. Firehawks
caught on and became more and more powerful as the years passed.
Midway through 2002, the final year of production, the LT1 engine
had been replaced by the famed LS1 engine with 345 horsepower
and and an available 6-speed manual transmission. This gave the
car a 0-60 mph time of 5 seconds and other Firehawk equipment ,
such as 4-piston Brembo brakes, an upgraded suspension, and a
true high-flow Ram Air induction system with dual hood-mounted
heat extractors, completed the high-performance picture. The last
of the Firehawks, of which this is one, were very impressive
automobiles. Our car, Firehawk # 0925, is a late production 2002,
a 2-owner local car sold new by Star Pontiac in Easton,
Pennsylvania, on June 7, 2002. It was ordered with the much-in-
demand rear spoiler, chrome wheels, 1 LE suspension package and
the expensive Auburn Performance Differential. Finished in black
with black leather, the car was pampered and driven just 6,499
miles by the first owner. The car was sold to its second owner on
August 28, 2014 to a local friend of The Stable who continued the
care and limited use of the car, adding an additional 4,200 miles in
his 5 years of ownership. The car remains in immaculate original
condition and has covered a total of just 10,699 miles. SOLD!