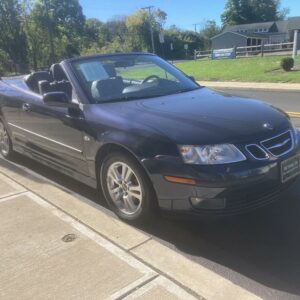 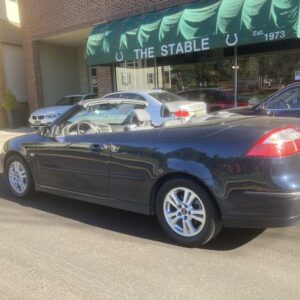 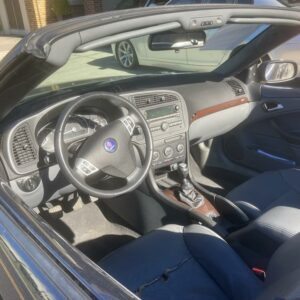 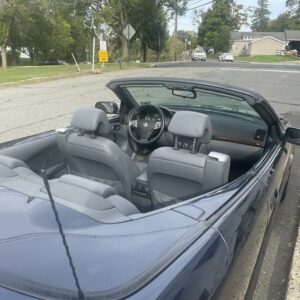 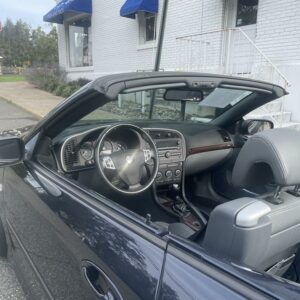 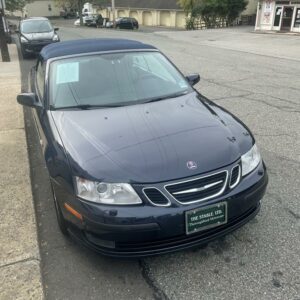 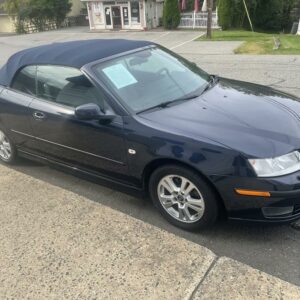 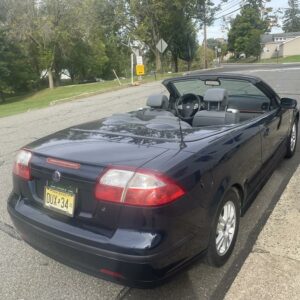 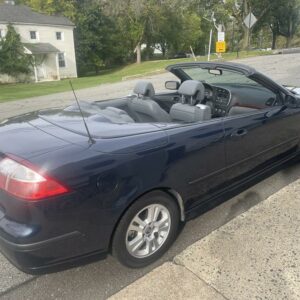 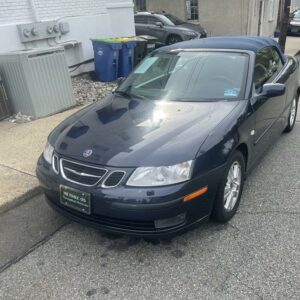 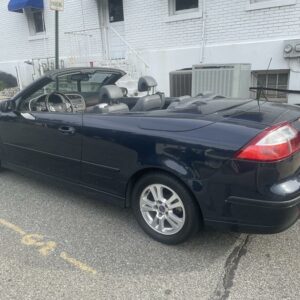 2007 SAAB 9-3 TURBO” CONVERTIBLE #YS3FD764576103063. (Stock#4195.) Founded in the 1930's in Sweden, Saab manufactured airplanes, later primarily jet planes, and automobiles. Saab automobiles became almost cultish in the 1960', “70's and '80's and known for unusual styling, great durability and great handing on slippery winter roads (not surprising considering the cars' Swedish heritage.) The turbocharged 2 litre, 4-cylinder engine, with which this car is equipped, offered 220 horsepower and quite good performance. By 2007, a 6-speed manual transmission was standard equipment and the car was quick, tight and fun to drive. Our car was purchased new in Maryland and, in 2009, moved with its owner to New Jersey and was purchased by our local Saab dealership-Reinertsen Motors--whose owner resided here in town. The car was then sold—as a “Saab Certified” car in 2009 with 26,000 miles to a local Saab enthusiast who traded in her 2006 “9 3” on her new toy. In 2019, the car suffered minor damage in a parking lot incident. The car was fully operational following that and continued to be enjoyed by its owner for another 2 years and 11,000 miles prior to us purchasing the car from her upon her moving from her lovely local farm. Finished in dark blue (body and convertible top) with light grey leather and in excellent condition throughout except for the original driver seat bottom which would benefit from being re-leathered. 100,117 miles. $14,500