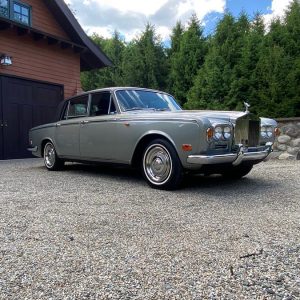 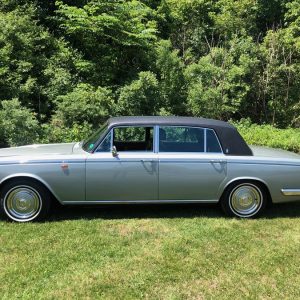 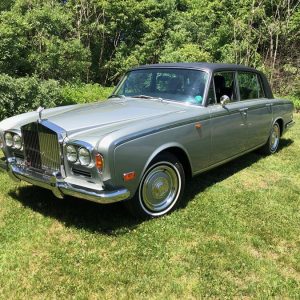 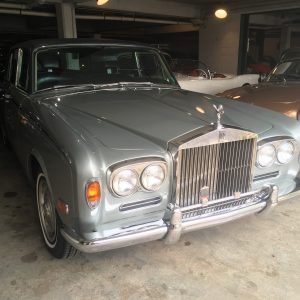 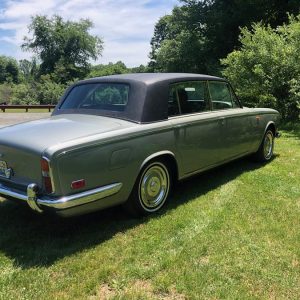 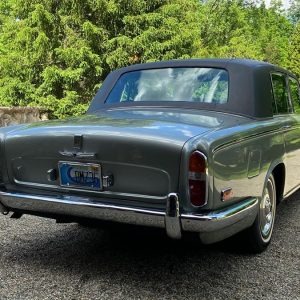 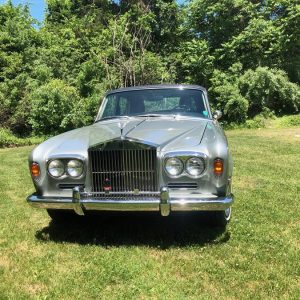 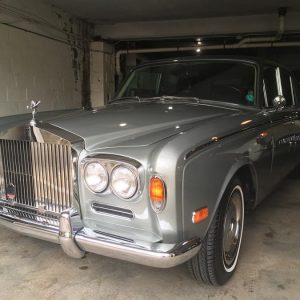 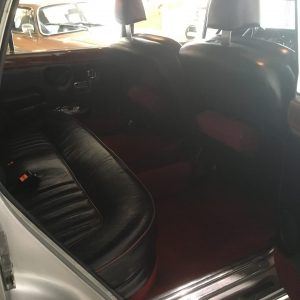 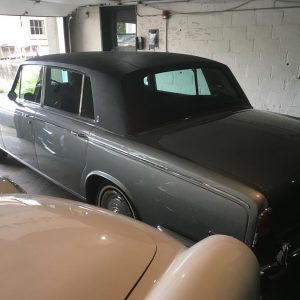 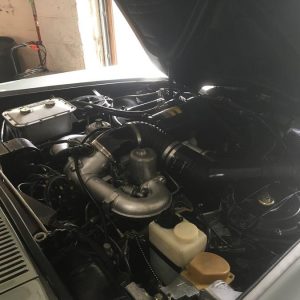 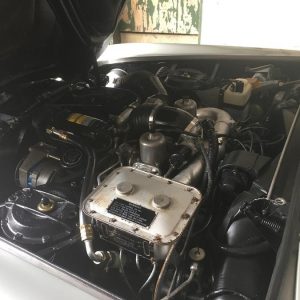 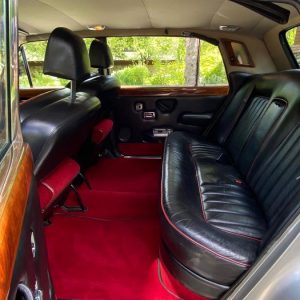 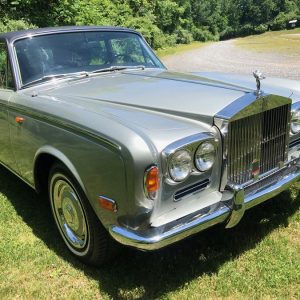 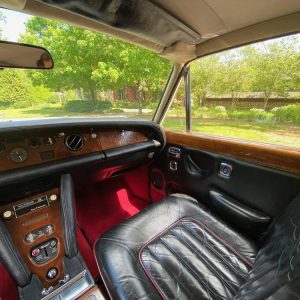 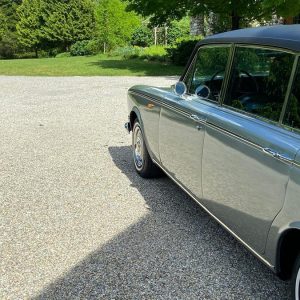 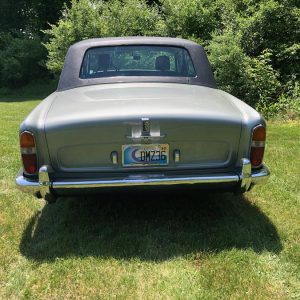 1973 ROLLS-ROYCE SILVER SHADOW LONG WHEELBASE SALOON #LRB15737. In 1966, Rolls-Royce introduced an entirely new model—the Silver Shadow. A much more modern car than its predecessor, the Silver Cloud, the Silver Shadow had a less imposing look than the prior cars and, incorporating a braking and suspension system developed by Citroen, had a completely different feel to it. The car was 3.5 inches narrow and 7 inches shorter than the Silver Cloud, but, due to its unibody construction, had more interior and luggage space than the prior model. It is powered by a 6.75 litre, V-8 engine connected to a General Motors-sourced automatic transmission and incorporated air conditioning and electric windows, seats, locks, antenna and rear window defogger. Our car was donated by a member to the Rolls-Royce Foundation. Being an extremely original car, it was used as a specimen car, driven by the RROC's technical director, Cal West, to demonstrate the operation and maintenance of the car's mechanical systems. This is evident when driving the car as it feels exactly the way that these cars should feel and did when built almost 50 years ago. When Cal passed away in 2008, the car was sold by the Foundation to a woman in Arlington, Virginia who owned the car for years but drove it infrequently before her passing at which time the car went back to the Foundation. It was then sold to another long-time RROC member who did the maintenance needed following the period of minimal use. The entire braking system-- including calipers, pumps and accumulators—was redone, new tires were installed along with a radiator, fuel pump, belts and hoses and other sundry items. Finished in Silver Mist with beautiful original black leather piped in cherry with cherry carpeting. A truly fine example of the Silver Shadow. 52,963 miles. SOLD! Walk-Around Video