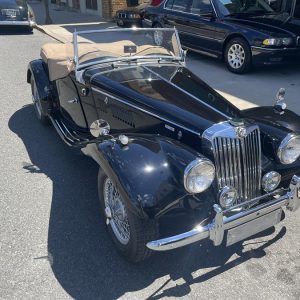 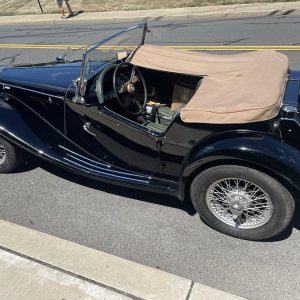 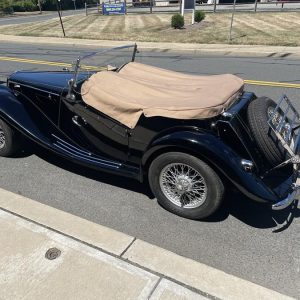 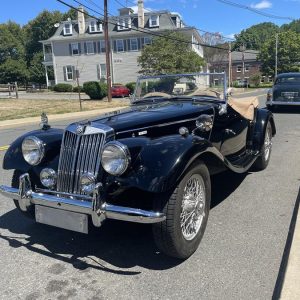 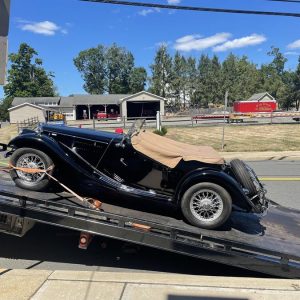 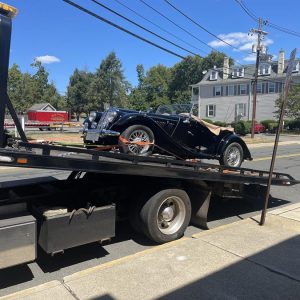 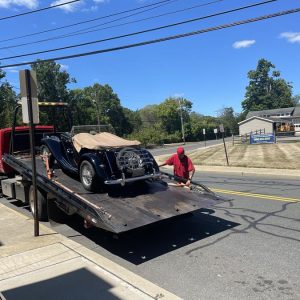 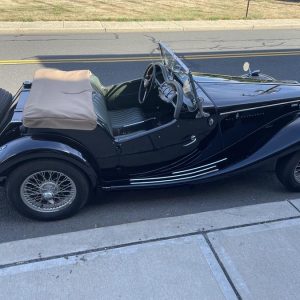 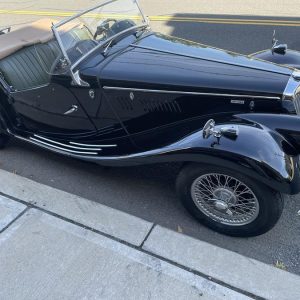 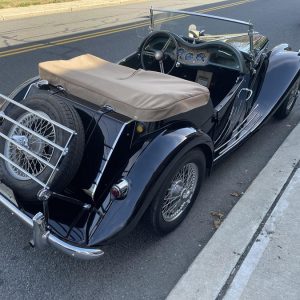 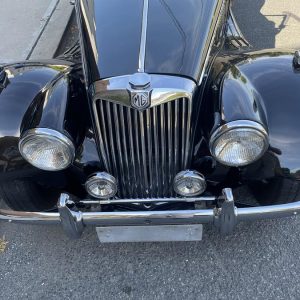 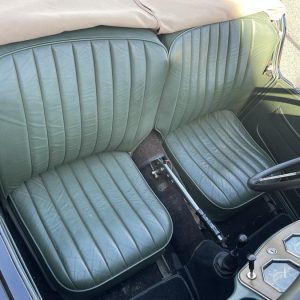 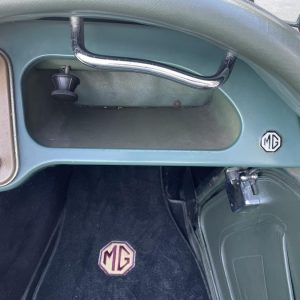 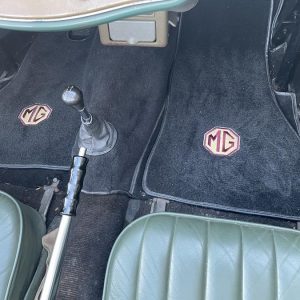 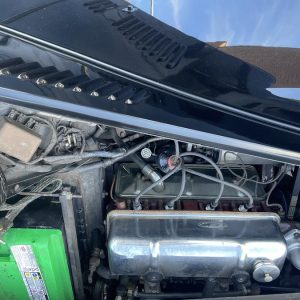 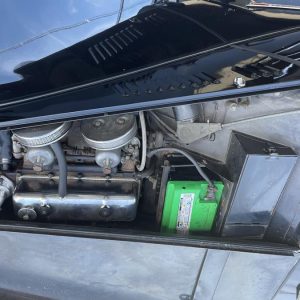 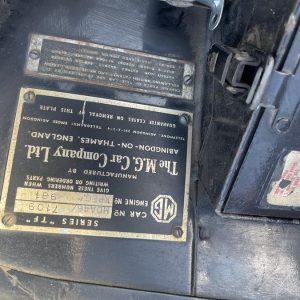 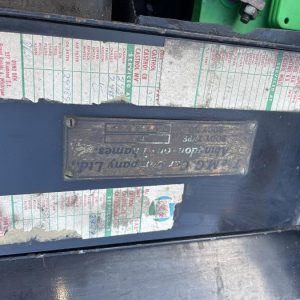 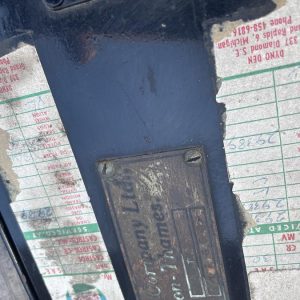 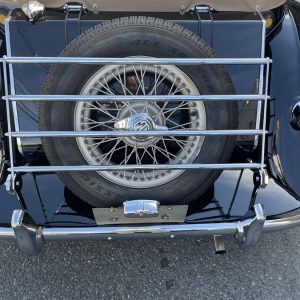 Entering the mid-1950”s, the MG TD was becoming a bit outdated while other British sports cars were gaining more power and sleeker lines.  MG had a sleeker and more powerful roadster on the drawing boards, but development was taking longer than anticipated. Meanwhile, a bit sleeker T-Series car was built with a sloping radiator grill replacing the vertical one, headlamps flared into the front fenders and  many facia and interior changes. Although the “modernizing” met with disapproval of  MG aficionados, the TF has now become one of the most collectible and desirable models of the MG family. MG planned on delivering the new and more powerful MGA by 1955, but its development was still dragging on.  MG’s wise decision was to put the new and more powerful 1500 cc engine designed for the “A” into the “TF.”  So the MG TF “1500”   was introduced in the end of 1954.  Horsepower was increased from 52 to 63 and top speed was increased from 80 mph tom 88 mph. Just 3,400 of these cars were built (as opposed to 29,664 MG TD’s) and the TF “1500” has become very collectible today. Our car is an original, numbers-matching TF “1500” which is accompanied by its original tools, owner’s manual and shop manual as well as its British Industry Heritage Trust Certificate—which shows the car to be originally finished in black, although with red leather, and to have been  built from November 2-4, 1954. The Certificate also confirms that the car was sold new with the very desirable wire wheel option. The car was delivered new to a Chicago area enthusiast who, in the mid 1960’s,  sold it to a close friend, also near Chicago,  with mileage of @29,000.   During his long-term ownership, that second owner replaced the leather seating surfaces  and had a light respray performed on the body in the original color.  He kept the car until 2006 when, then with @33,000 miles, the car was sold to a long-time customer of ours in Pennsylvania who has pampered and over-maintained the car for 16 years.  We have obtained 7 cars from him, this being the one which he always said was his favorite and would be the last to go. It is a wonderfully happy  pristine, extremely original example of the rare “TF 1500” with a current total mileage of 34,128.