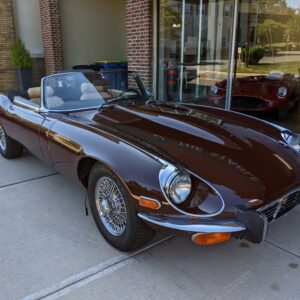 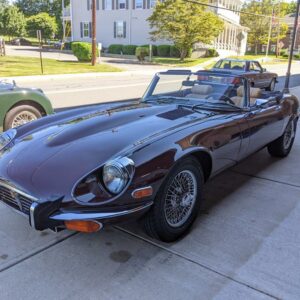 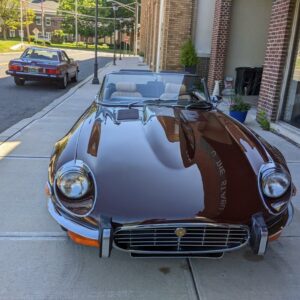 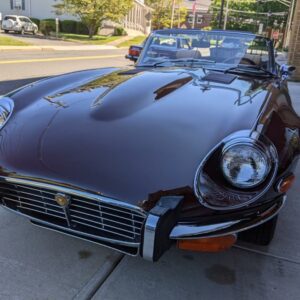 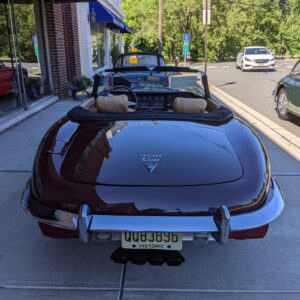 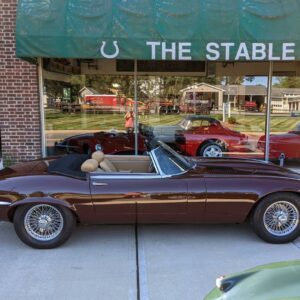 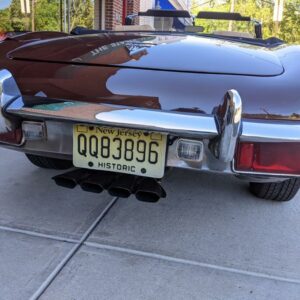 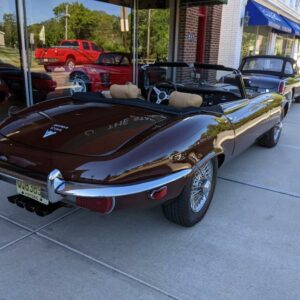 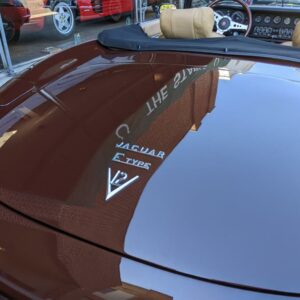 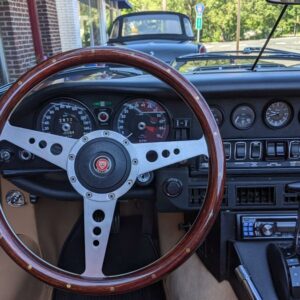 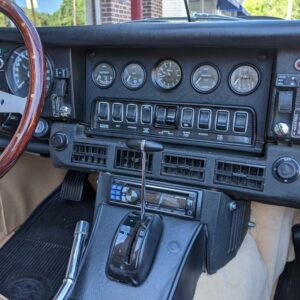 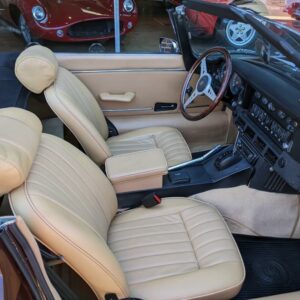 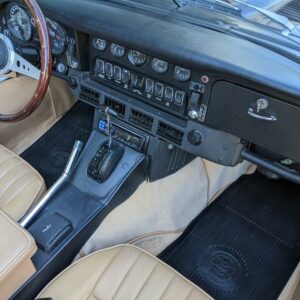 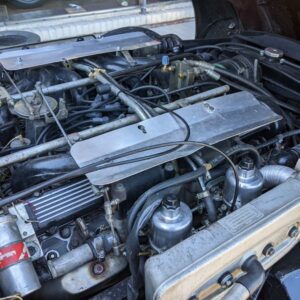 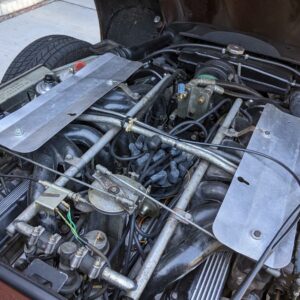 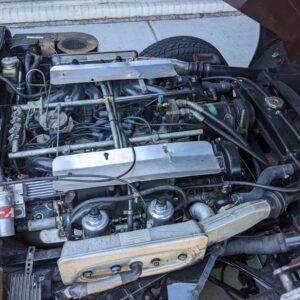 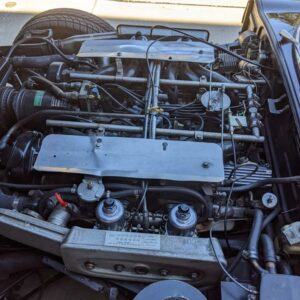 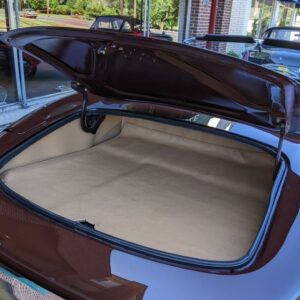 1973 JAGUAR XKE-V/12 ROADSTER #UD1S22131BW. (Stock #4227.) In 1961, Jaguar introduced the “E-Type,”  or “XKE” as it became known. The car was  immediately recognized as one of the most handsome sports cars ever built and has been a highly desirable collector’s item since its introduction. The car was available in either 2-seater coupe, 2+2  coupe or open roadster variations.  Our car is of the most desired roadster variants, ordered in luxurious “Sable” with biscuit leather and black convertible top and top boot and fitted with power steering and factory air conditioning.   The car still matches those specifications today, although the paint, interior and top have all been expertly replaced and can almost pass as new.     The car was completed on February, 16,1973, shipped to the United States  and delivered to Missouri.  In 1997, the car was purchased by a Brit who brought it  to his home in Westchester, New York, had new –and correct—chrome wire wheels and “knock-off” hubs installed  and enjoyed  it as a his week-end country club car. When he returned to England in 2001, he engaged Christies to sell the car for him.  At the time, Christies reported  that “ the roadster appears to be a highly original  example and  the mileage of some 44,000 is believed to be accurate from new.”  Christies further noted that “the paintwork is  generally very presentable with the exception of small stone chips and some other blemishes and marks here and there.”  The leather was noted to “be showing some age and patina of use and had partly been re-dyed at some stage.”  Christies further noted that “the original carpets and trim to the transmission tunnel have shrunk slightly although some sisal floor carpets have been fitted above the originals.”  The car was then sold by Christies to a woman, also from Westchester , New York, who commissioned a lengthy full  body strip and repaint but  sold the car to our customer prior to completion. He completed the cosmetic restoration of  the car, installing a completely new--and correct—biscuit leather interior with correct carpets and trim, a new black cloth convertible top and top boot, a beautiful polished wood steering wheel and an Alpine AM-FM/CD stereo.  He also had a wooden template  built for removal of the “knock-off: wire wheels without damaging any chrome. We have just obtained the car from his estate. All numbers and colors are confirmed  by the accompanying “Jaguar Daimler Heritage Trust Certificate.” 48,654 miles.  $73,000.