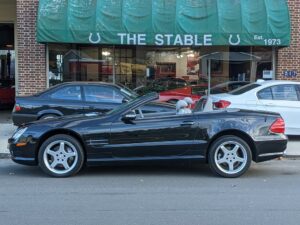 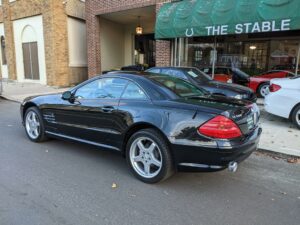 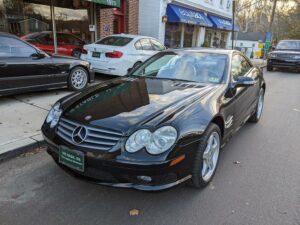 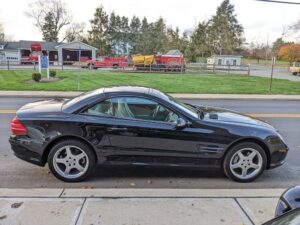 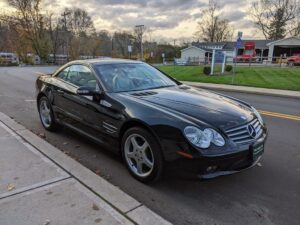 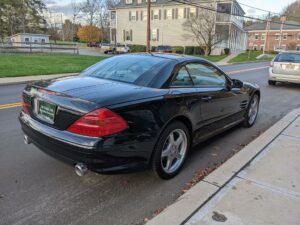 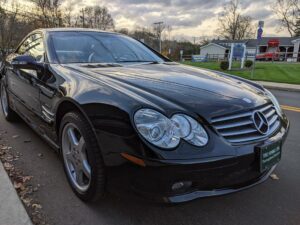 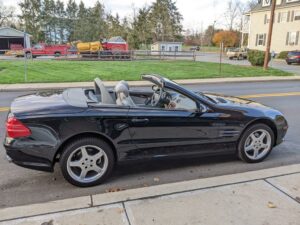 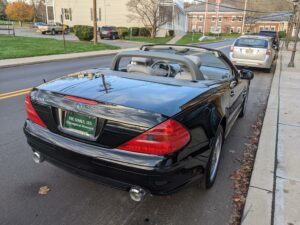 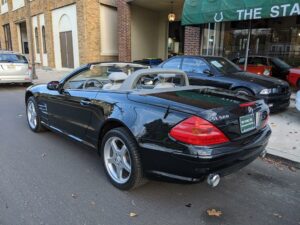 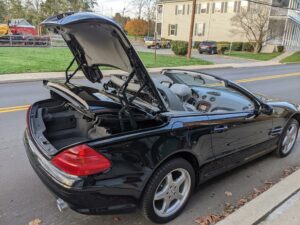 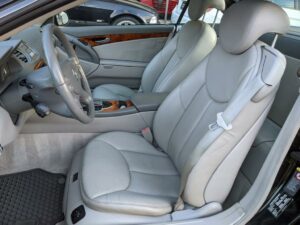 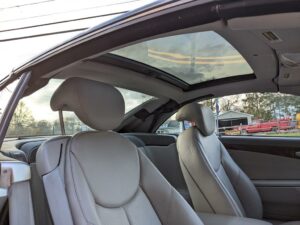 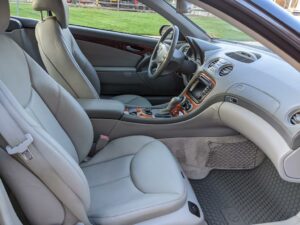 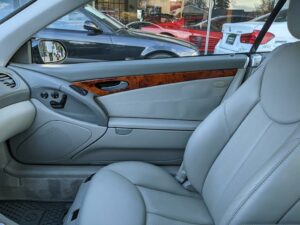 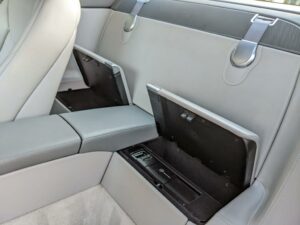 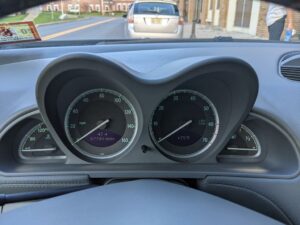 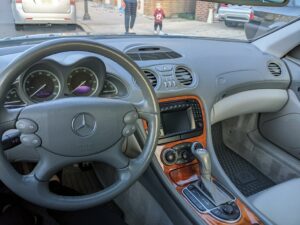 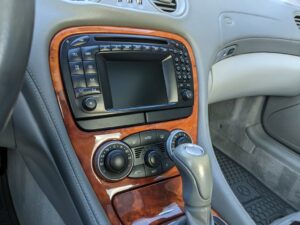 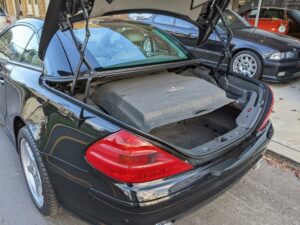 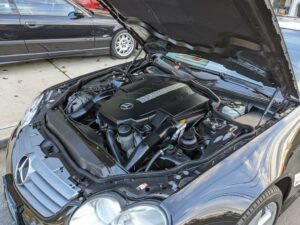 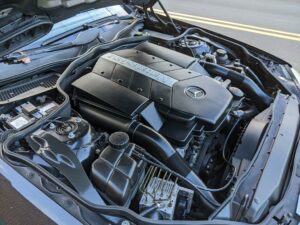 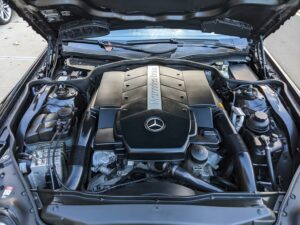 2003 MERCEDES-BENZ SL-500  #WDBSK75F63F020083. (Stock #4240.)  A local (Chester) man brought this car  North with him when he moved here from Georgia in 2007. He had it serviced “by the book” by Mercedes-Benz dealerships until trading in the car to Mendham Audi  in 2016, then with 61,000 miles. A local (Long Valley) customers of ours then purchased the car from the Audi dealership and drove it sparingly along with the Porsche 911 Carrera which he had purchased from us years earlier, driving the car 1200 miles per year until we recently brought  the car back from him. Finished in original black with light beige leather, the car has the advanced collapsible hard top which disappears into the trunk at the push of a button, and a roll bar which raises almost instantly if it senses a loss of balance with the car--or may also be raised on command. The car is loaded with safety and luxury features and is in excellent original condition throughout. It has been  driven just 67,311 miles since new.  $24,900.