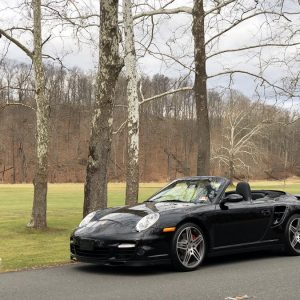 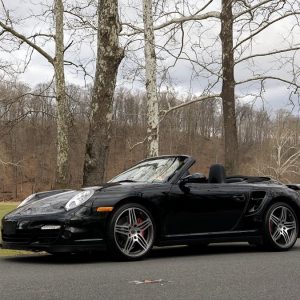 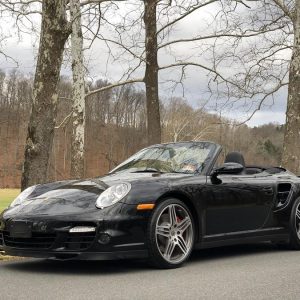 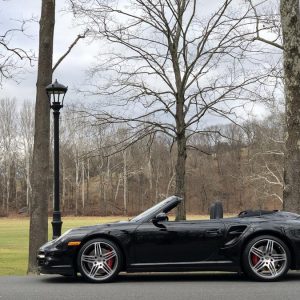 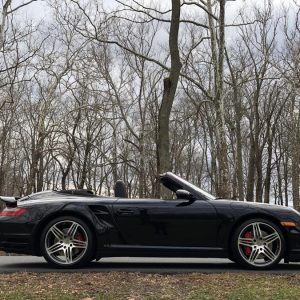 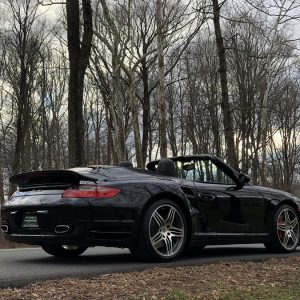 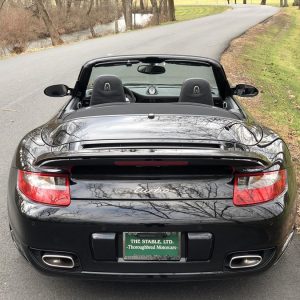 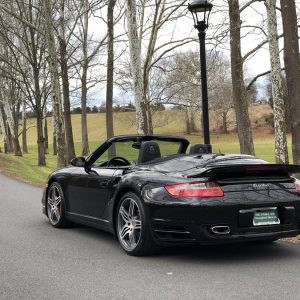 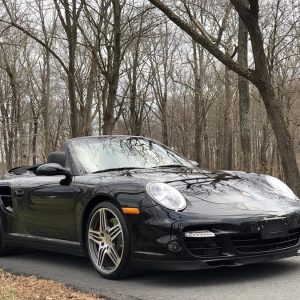 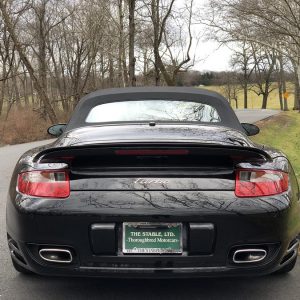 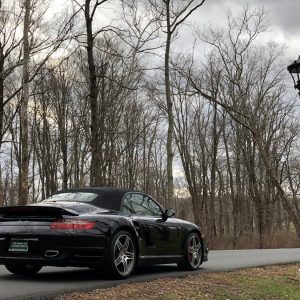 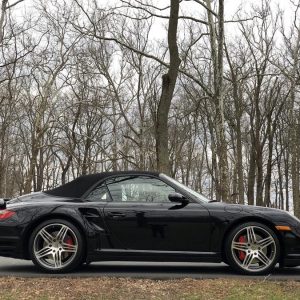 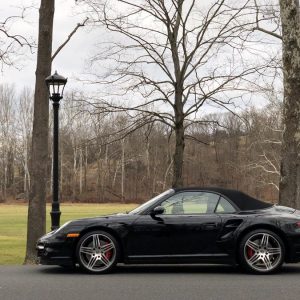 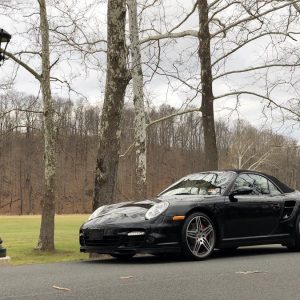 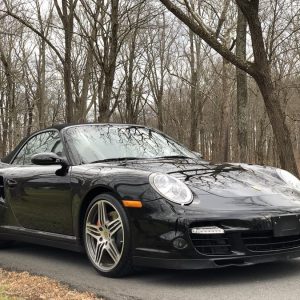 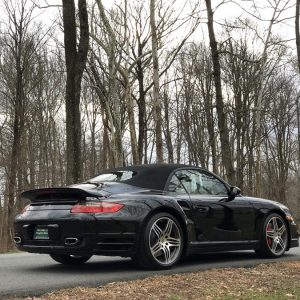 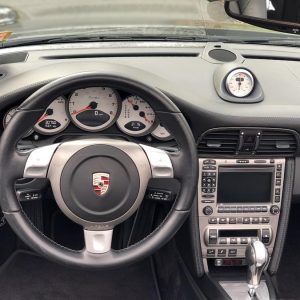 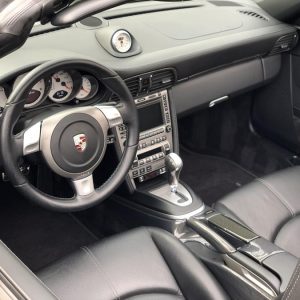 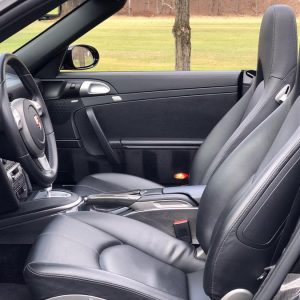 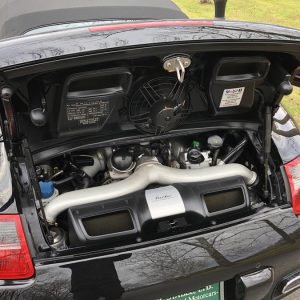 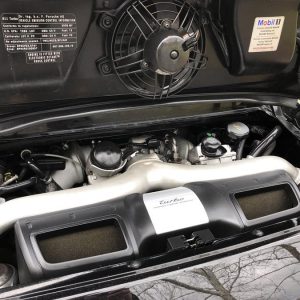 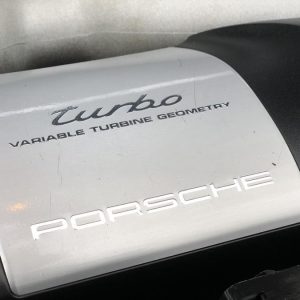 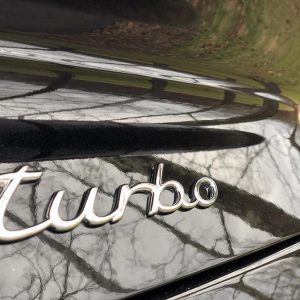 2008 PORSCHE 911 TURBO CABRIOLET #WP0CD29908S789507. (Stock #3991.) Porsche 911 Turbos have always been considered to be very special cars available to a limited audience due to their cost. For the model year 2008, just 300 of these exotics were sent to the U.S. With a 480 horsepower, twin turbocharged, flat six cylinder engine and a 5-speed Tiptronic transmission, the car records an acceleration time of 0-60 mph of 3.4 seconds and turns a ¼ mile time of 12 seconds flat at a speed of 120 mph. The 4-wheel ABS disc brakes are ventilated and with cross-drilled discs to provide the stopping power needed for a car with performance like this. The power retractable rear wing was repositioned in 2008 and adds 60 pounds of downforce to further accommodate the performance potential of the car. These are performance figures which very few supercars can touch, and the Turbo is a car which also cradles the occupants in luxury and comfort. Our car was ordered in the extremely desirable color combination of “triple black” and with very desirable options including: Tiptronic, Sport Chrono Package, Carbon Fiber package, full leather with grey stitching, Bose Premium Sound package, etc. It was purchased by a local customer from our local Porsche dealership when the car was two years old and had been driven @6,000 miles. Since that purchase, the car has been religiously serviced by Porsche during its more than 8 years of single ownership and is in fabulous condition throughout. 30,761 miles. SOLD